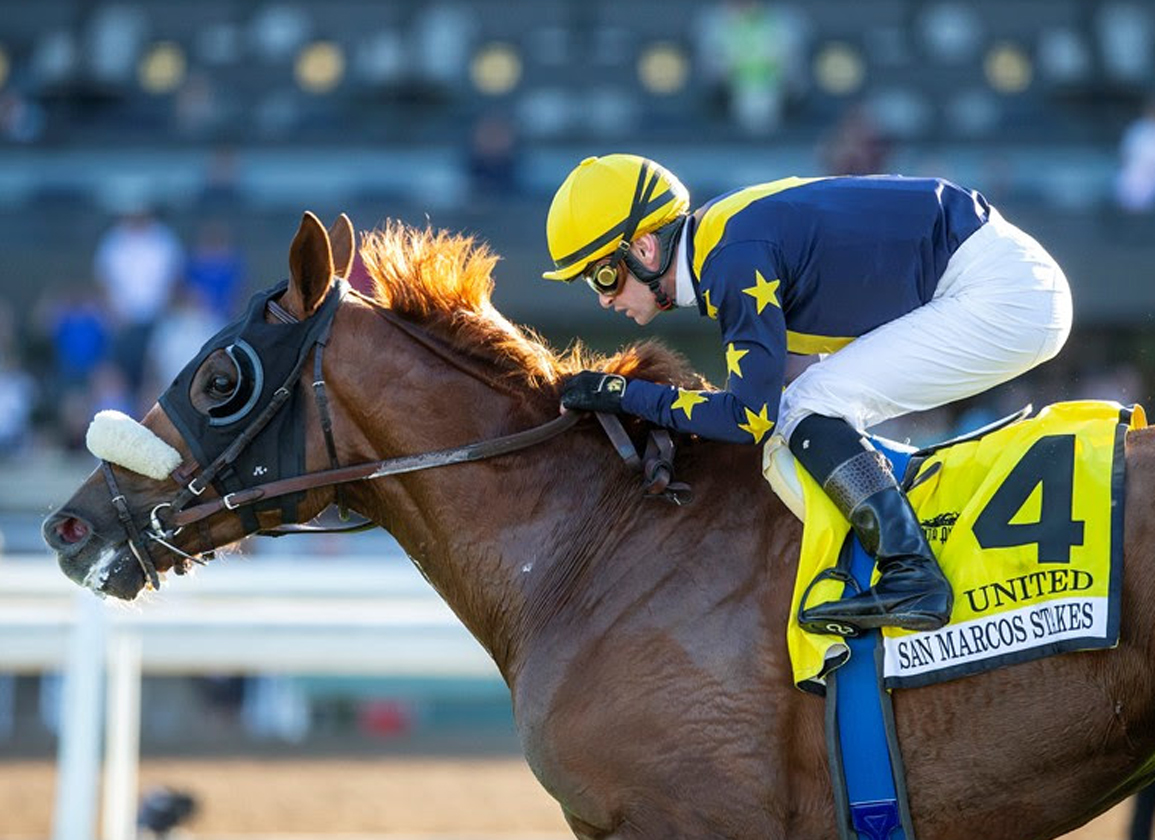 Saturday's GI Eddie Read S. at Del Mar brings together arguably the Southern California circuit's best middle-distance horse in the form of LNJ Foxwoods' United (Giant's Causeway) and Cannon Thoroughbreds' Smooth Like Strait (Midnight Lute), clearly best at a mile, but who has run with merit over the nine-furlong trip as well.

United, runner-up in the 2019 GI Breeders' Cup Turf over a mile and a half, made last year's Eddie Read the third of a three-race winning streak and he added a victory in the 10-furlong GI John Henry Turf Championship ahead of an eighth in the Breeders' Cup Turf. The chestnut returned to action with a pace-pressing defeat of the re-opposing Say the Word (More Than Ready) in the 12-panel GIII San Luis Rey S. Mar. 20, but was a head-scratching third at 30 cents on the dollar behind Award Winner (Ghostzapper) in the GII Charles Whittingham S. when dropped back down to a mile and a quarter May 29.

Smooth Like Strait missed by a head to Domestic Spending (GB) (Kingman {GB}) in last year's GI Hollywood Derby over this course and distance, but atoned for that defeat in the GII Mathis Brothers Mile a month later. Run down in the shades of the post by Hit the Road (More Than Ready) in the GI Kilroe Mile in March, the bay was a neck behind the dead-heating Domestic Spending and Colonel Liam (Liam's Map) in the 1 1/8-mile GI Old Forester Bourbon Turf Classic May 1 and exits a 1 1/2-length score over Say the Word–with Restrainedvengeance (Hold Me Back) third–in the GI Shoemaker Mile at Santa Anita May 31.

Count Again (Awesome Again), winner of this track's GII Seabiscuit H. in his first run for trainer Phil D'Amato last November, and outsider Vintage Print (Curlin) round out the field of seven.