Letters to the Editor: John Fulton 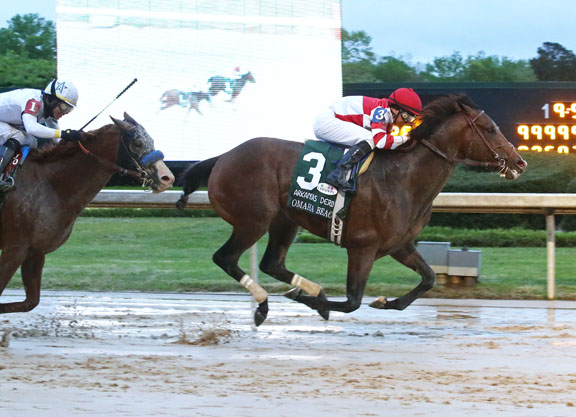 War of Will got a good trip and won well. Whenever you read comments about the best 3-year-old in the country, almost all say that his name is Maximum Security. He appeared to be the best colt on Derby day, and probably was, but it would have been interesting to see what would have happened if War of Will had a clean trip all of the way. He not only got eliminated by the actions of Maximum Security, but was also being checked during most of the race.

Two very good colts, but my vote for best 3-year-old goes to Omaha Beach, who didn't get to run. He'll be back and it will be very interesting to see how they sort out over the coming months. The negative talk about the Derby is not good for the industry in the eyes of the public, but every cloud has a silver lining. Racing fans, and some neophytes who are only aware of what is going on due to the controversy are making up their minds as to who is the best horse.

This could make for some very interesting races that will appeal to a bigger audience through the rest of the year. I would love to see Maximum Security, War of Will, Country House and Omaha Beach in the same race and there will be others who will present their credentials in the coming weeks. —John Fulton