Letter to the Editor: Darrell Vienna 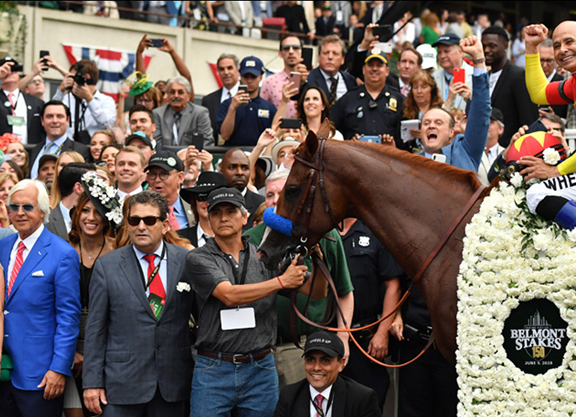 I read with interest the article “Baffert's Lawyer: Drape's `False' Story `Debunked'” published today on your website. Although I represent Mick Ruis, the following comments set forth facts that cannot be disputed and address a number of the patently false or clearly misleading representations contained in that article.

SCOPOLAMINE WAS A CLASS 3, PENALTY B SUBSTANCE IN 2018. At the time of the running of the 2018 Santa Anita Derby, California Horse Racing Board (“CHRB”) Classification of Foreign Substances categorized scopolamine as a Class 3, Penalty B substance. It has been argued that the CHRB Classification of Foreign Substances must follow the ARCI guidelines. That is patently false as the CHRB Classification is not subordinate to ARCI guidelines. While the CHRB Classification is generally based on ARCI guidelines, specific incorporation of ARCI Guidelines must be adopted in accordance with California law as set forth in California's Administrative Procedures Act (“APA”). The APA is designed to provide the public with a meaningful opportunity to participate in the adoption of state regulations and to ensure that regulations are clear, necessary and legally valid. Consequently, ARCI guidelines are not incorporated in CHRB guidelines unless they are specifically adopted in conformance with the APA process. Hence, any claim that scopolamine was classified as a CHRB category 4, penalty class C substance at the time of Justify's participation in the 2018 Santa Anita Derby is false.

A FINDING BY THE BOARD OF STEWARDS THAT JUSTIFY'S POST-RACE SAMPLES CONTAINED SCOPOLAMINE MUST RESULT IN DISQUALIFICATION.

CHRB Rule 1859.5 provides that a finding by the Board of Stewards that the official sample and the split sample contain as a category 1 through 3 substance as classified by CHRB Classification of Foreign Substances requires that the horse must be disqualified and the purse, award, prize, or record must be forfeited regardless of culpability for the condition of the horse.

THE CHRB'S ADOPTION OF THE ARCI GUIDELINE REGARDING SCOPOLAMINE WAS NOT PROPOSED BEFORE THE 2018 SANTA ANITA DERBY.

There is no record of any CHRB attempt to adopt a change in its classification of Scopolamine from Class 3 to Class 4 until after the August 2018 closed session when CHRB chose not to pursue an enforcement action against Bob Baffert related to the 2018 Santa Anita Derby. Any statement that the belated adoption of the change was due to clerical error, regulatory inefficiency, or administrative backlog is not true.

CHRB RULES ARE BASED UPON THE PRESENCE OF A DRUG, NOT THE EFFECT OF THE DRUG.

It has also been argued that scopolamine has no performance enhancing effect. CHRB regulation do not address, much less, require a finding of performance enhancement. Disqualification under CHRB rules is based upon the presence, not the potential effect, of a prohibited substance.

THE CHRB'S PRIOR ACTION REGARDING BOB BAFFERT DID NOT ADDRESS PURSE DISQUALIFICATION.

ONLY TWO HORSES, JUSTIFY AND HOPPERTUNITY EXCEEDED THE LABORATORY THRESHOLD FOR SCOPOLAMINE.

Claims that 5 other horses tested positive for scopolamine around the time that Justify and Hoppertunity tested positive are false. The CHRB Official Laboratory is only alleged to have found traces of scopolamine and/or atropine in the five other horses. The levels found in these five horses was below the laboratory threshold required for a certificate of analysis to be issued; consequently, the samples from these five horses were never reported as positives and any suggestion otherwise is baseless.

In sum, the statements in the article attributed to Mr. Robertson fail to address the fact that scopolamine was Class 3, Penalty B substance at the time and that a Purse Disqualification hearing which had not been previously conducted is required.