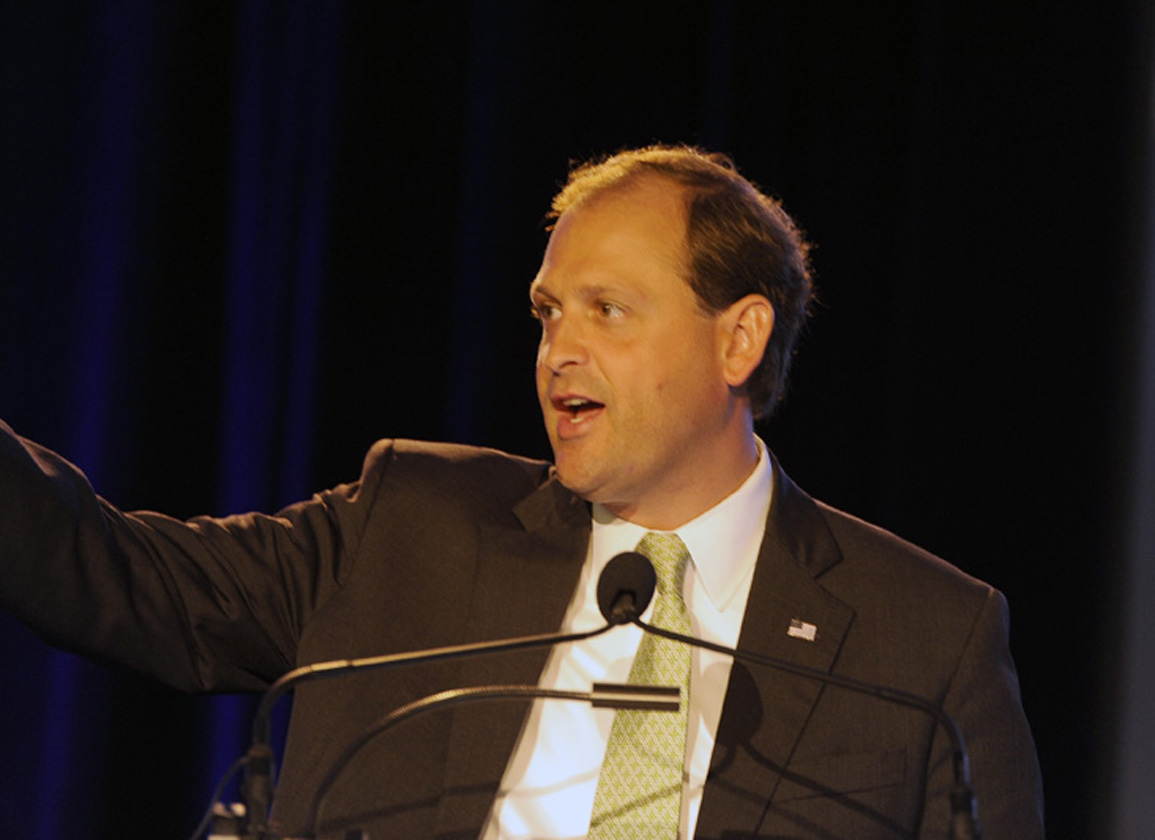 U.S. Congressman Andy Barr, a Kentucky Republican who represents Lexington, has reintroduced the Equine Tax Fairness Act, which, if passed would make changes to the tax laws favorable to horse owners and breeders, it was announced by his office Wednesday.

The bill calls for new regulations that would make the three-year depreciation schedule permanent for racehorses, no matter their age when put into service. Currently, Congress must reauthorize this provision in the tax law on an annual basis.

The legislation would also reduce the holding period for equine assets to be considered long term capital gains, putting them on a level playing field with other similar assets.

“Permanently delivering tax incentives for owners and breeders will strengthen investment in our signature equine industry,” Congressman Barr, who serves as Co-Chair of the Congressional Horse Caucus, said in a statement. “I want to continue the momentum started with the enactment of the Horseracing Integrity and Safety Act to push another key industry initiative across the finish line that will help solidify the sport for decades to come.”

“The three-year depreciation of racehorses (similar to other investment assets) is critically important to encourage robust investment in Thoroughbred horses and to maintain the vibrant economy and trade we have seen throughout this Thoroughbred sales cycle and consistently over the past 85 years at Keeneland,” Shannon Arvin, President and CEO of Keeneland said in a statement. “We appreciate Congressman Barr's consistent support of this legislation and the entire Thoroughbred industry.”

“The Jockey Club wholeheartedly supports the Equine Tax Fairness Act, introduced by Congressman Andy Barr,” Jockey Club President & CEO Jim Gagliano said in a statement. “This bill will put horse ownership on par with other investment assets. The bill addresses two key deficiencies of the tax code. First, the bill will decrease the depreciation schedule eligible to racehorses from seven years to three, permanently rescheduling racehorses that are put into service before the age of two into the three-year depreciation asset class. The three-year depreciation schedule accurately reflects the typical career of a racehorse since nearly three-quarters of foals that race have a career of four years or less. This change has been enacted by Congress on a temporary, year-to-year basis since 2008, and needs to be permanent law.

“Second, the Equine Tax Fairness Act will reduce the holding period required for equine assets to be considered long-term capital assets from 24 months to 12 months, putting them in line with other investments, such as homes, stocks and bonds.”

Along with Congressman Paul Tonko, Barr was the original sponsor in the House of Representatives of the Horseracing Integrity and Safety Act.