Laurens Ready To Start In Lockinge 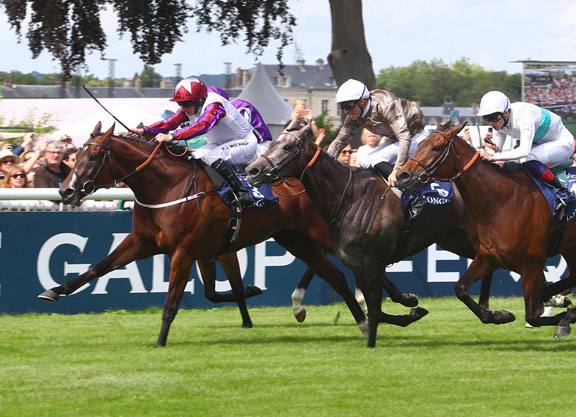 The Karl Burke trained Laurens (Fr) (Siyouni {Fr}) is one of six 2018 Group 1 winners engaged in a classy looking renewal of the G1 Al Shaqab Lockinge S. to be run at Newbury this Saturday. Burke confirmed John Dance’s star 4-year-old on target to make her seasonal debut in the £750,000 contest at a media morning at his Middleham yard on Monday. Laurens enjoyed a glorious 2018 winning four Group 1 races and while she is ready to start Burke expects her to come forward for the run. “She will definitely improve a little bit, as most horses do for a run, but she’s been away to Newcastle for a gallop and she’s done loads of work here,” he said. “I would say she is 95 per cent, looks in great order and is working well. She will need to be all of that in a Group 1. She will have another final blow tomorrow morning and hopefully that will be good enough,” he added.

Laurens won two of her Group 1s last year over ten furlongs but Burke is planning to campaign her more or less at a mile this year, unless Laurens tells him differently this weekend. “The mile division probably lacks a real superstar and hopefully she is there to fill that gap. We think she has improved again. She has certainly improved physically and as she has got stronger she has probably got quicker. That’s why we are happy to start at a mile and we’ll make a decision after Saturday as to whether we stay at a mile.” He continued, “I would be surprised if we go back up [in trip], certainly to a mile and a quarter. Maybe we would take on one mile, one furlong, but to be honest the pattern of races over a mile suit her perfectly after the Queen Anne.