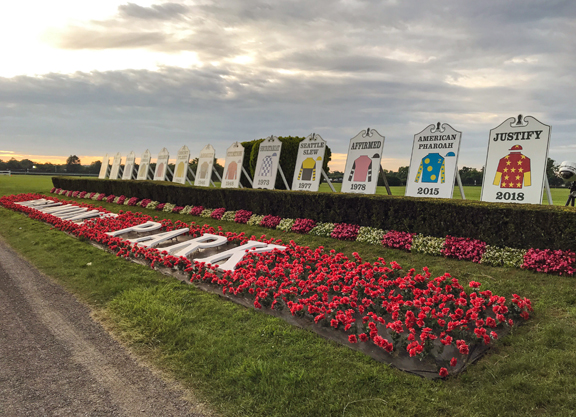 The deadline for late nominations to the rescheduled 2020 Triple Crown will be Wednesday, June 3. Owners and trainers can make 3-year-old Thoroughbreds eligible for the three-race series with a payment of $3,000.

Delayed by the COVID-19 pandemic, the traditional order and dates for the Triple Crown were revised: the GI Belmont S. will be run first June 20 at 1 1/8 miles, followed by the GI Kentucky Derby Sept. 5 and GI Preakness S. Oct. 3.

A total of 347 horses were made eligible to the Triple Crown during the early phase with a $600 payment that was due Jan. 25. The late nomination of $6,000 was originally due March 30, but the closing was postponed until all Triple Crown races were rescheduled.

Late nominations will be accepted online or by calling Churchill Downs racing operations manager Kelly Danner at (502) 638-3825. Payment must be made at the time of nomination.