Lani To Stand At Arrow Stud 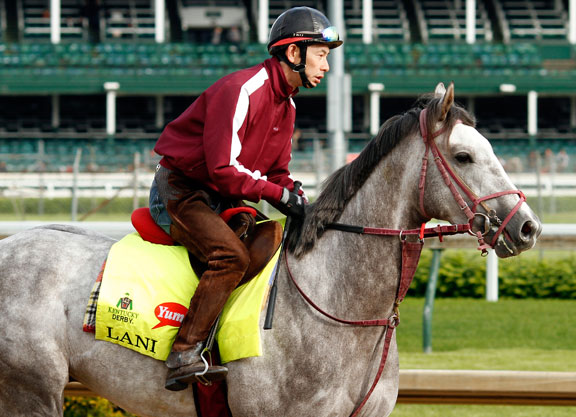 Lani (Tapit-Heavenly Romance {Jpn} by Sunday Silence), winner of the G2 UAE Derby in 2016, will enter stud next year at Arrow Stud in Hokkaido, according to Japanese website Umaichi.com. The 4-year-old will stand for ¥500,000 (US$4,448).

Campaigned as a homebred by Koji and Yoko Maeda of North Hills Farm, Lani competed in all three U.S. Triple Crown races last year, his best finish a third in the GI Belmont S. behind Creator (Tapit), who stands at the JBBA in Hokkaido. He is out of the G1 Tenno Sho Autumn winner Heavenly Romance, and a half-brother to stakes winners Awardee (Jungle Pocket {Jpn}) and Amour Briller (Smart Strike).