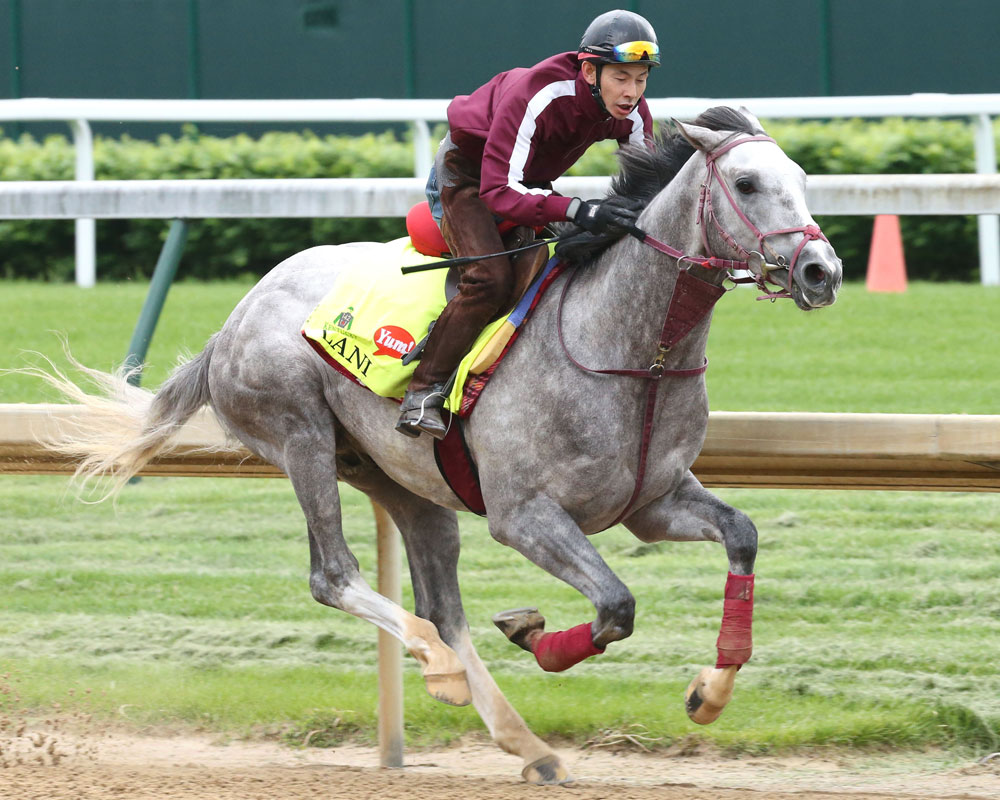 “It was quite a nice work,” said Keita Tanaka, the agent representing Japan-based trainer Mikio Matsunaga.

Winner of the G2 UAE Derby, the Japanese-based colt finished ninth in the GI Kentucky Derby May 7 and fifth in the GI Preakness S. May 21. Lani joins Preakness winner Exaggerator (Curlin) as the only two Belmont runners to compete in all three legs of the Triple Crown.

“Before the Preakness, [he was training] quite good, so I wouldn’t say [there has been] a dramatic improvement since then,” Tanaka said. “But it looks like, at least, that he’s keeping his very good condition before the Preakness up to now. We have been looking forward to this race of these three races. This race might be the most credible for him.”

Matsunaga will be on hand for Lani’s final work before the Belmont Wednesday and jockey Yutaka Take will arrive in New York Wednesday or Thursday.