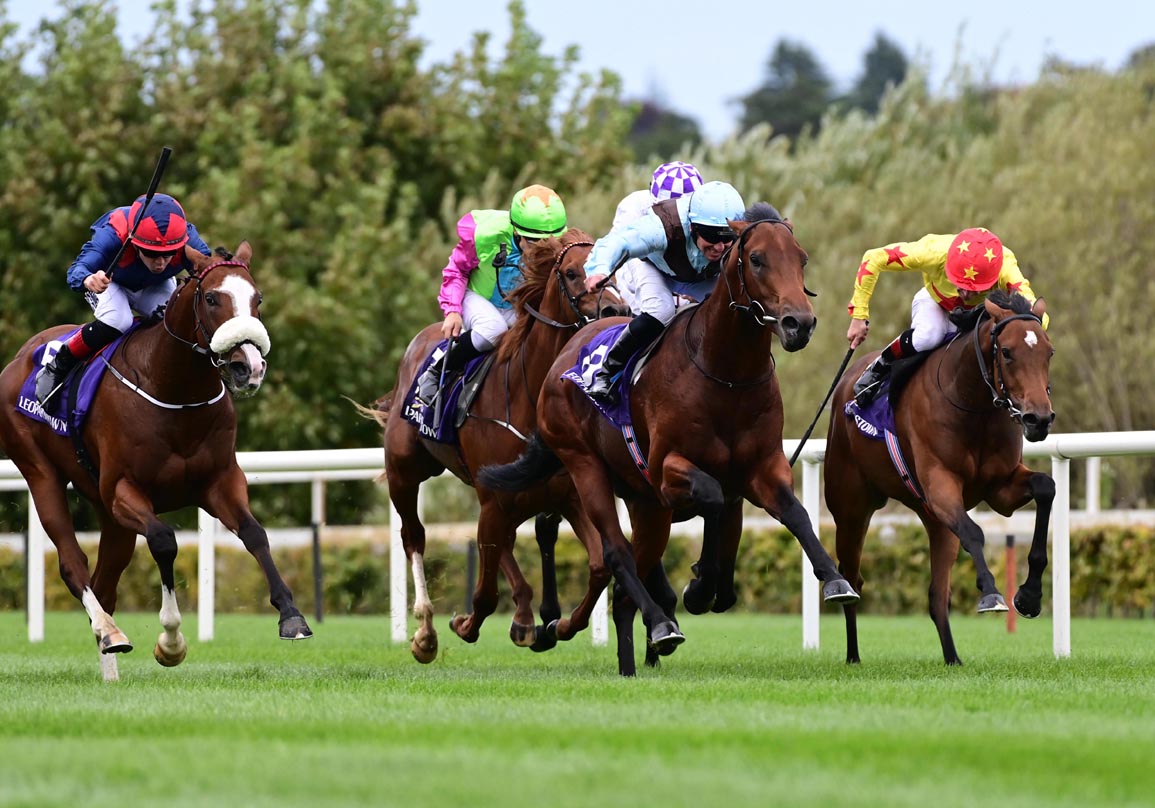 While Aidan O'Brien was drawing a blank at Ascot, the stable was celebrating a 13th winner of Leopardstown's G3 Richmond Homes Killavullan S. on Saturday as Glounthaune (Ire) (Kodiac {GB}) came forward from his sixth placing in Saturday's G1 Dewhurst S. Having only his second start in that Newmarket feature and his first since his winning debut at The Curragh Apr. 17, the 5-1 shot who sports the Evie Stockwell silks was settled behind the leading trio early by Seamie Heffernan and worked his way to the front with 100 yards remaining. Battling from there, he recorded a half-length verdict over Pennine Hills (Ire) (Kodiac {GB}), with the same margin back to I Am Magic (Ire) (Magician {Ire}) in third. The race's hard-luck story was the Bolger representative Boundless Ocean (Ire) (Teofilo {Ire}), who finished a head further back in fourth but would almost certainly have been involved in the finish having been stopped in his run a furlong out.

“He's a very big colt by Kodiac who was an impressive winner, but then went a bit weak and missed a lot of time,” Heffernan said. “His work was nice going to the Dewhurst and he ran well without being placed. He came out of it fresh and Aidan was happy enough to let him take his chance today. He said that he'd improved and I was delighted to put on these colours which have been very lucky for me. I've been a little bit disappointed with some of ours lately, so I'd say this fella has loads to come and probably did well to win today. He showed a strong will and won well at the line. He has a bit of class and I think a mile is his trip.”

Thamarat is a half-sister to the G1 Prix Jacques le Marois and G1 Prix Jean Prat-winning sire Tamayuz (GB) and to Eshaada's dam Muhawalah (Ire) by Tamayuz's sire Nayef. The fourth dam Allez les Trois (Riverman), who is the G3 Prix de Flore winner who produced the G1 Prix du Jockey Club hero Anabaa Blue (GB) by Thamarat's sire, is kin to the G1 Prix de l'Arc de Triomphe heroine and stellar producer Urban Sea (Miswaki) and to the G1 2000 Guineas hero and successful sire King's Best. Less than two weeks after the victory of the family's Torquator Tasso (Ger) (Adlerflug {Ger}) in the Arc, Glounthaune was doing his bit to extend the mighty influence of this clan. Khaimah also has a filly foal by Inns of Court (Ire).