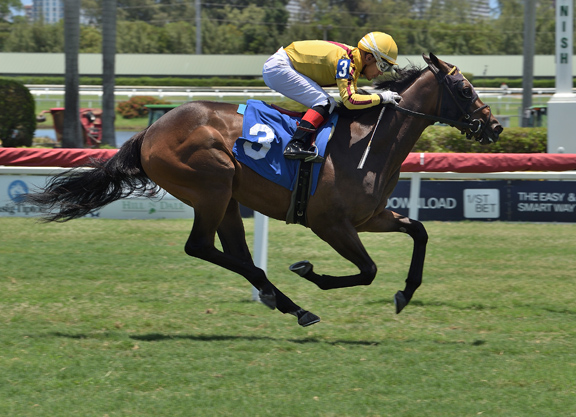 “Both horses early on were meant for Royal Ascot, then all this [coronavirus pandemic] came about,” said trainer Wesley Ward. “For the most part, we'd have had a turf race or two at Belmont early on. This is the first turf race in the United States this year. To run 1-2 was a big go. The other filly who was second is also very talented. She's a bigger filly. We'll sit down with the owners of both fillies to see what they want to do moving forward. Both of these fillies, I kept them both in Florida, because they're much better on turf than dirt.”