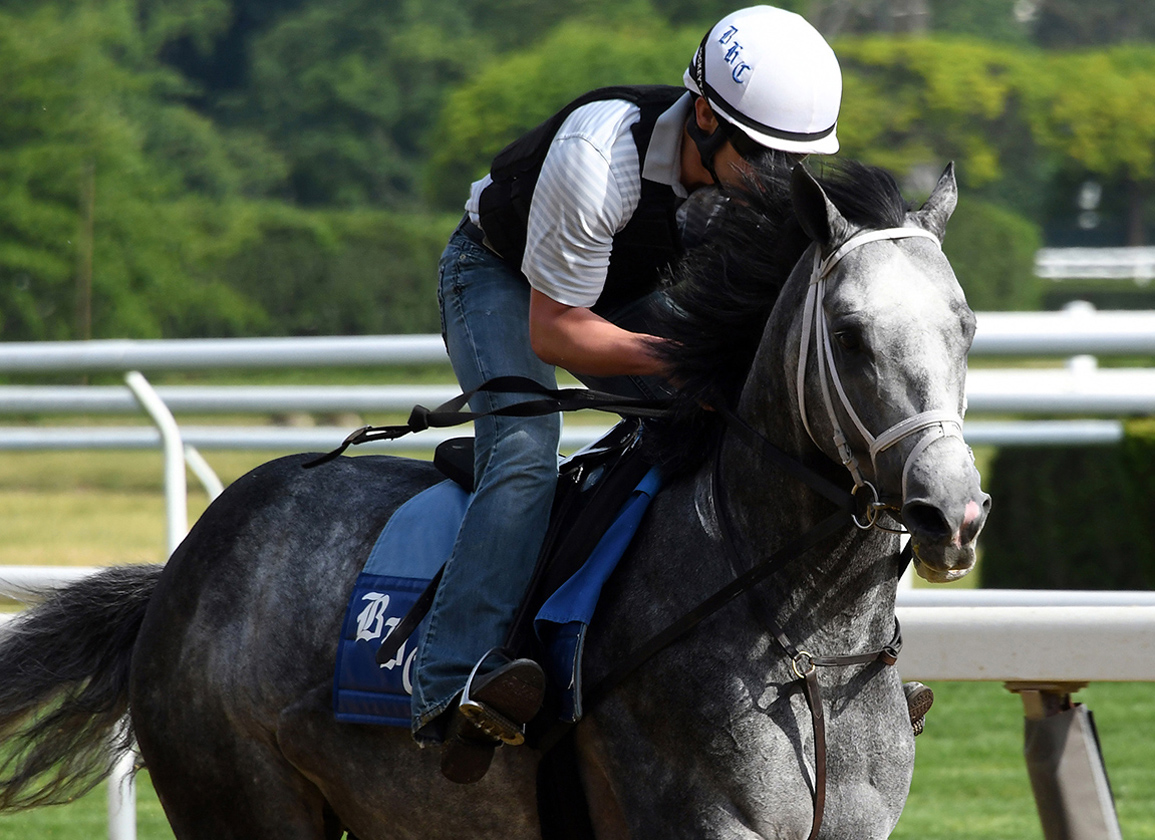 “We had to contend with a trip to the Middle East and back,” said Brad Cox. “He seemed to recover really well. We were pointing him for the race at Lone Star in the [GIII] Sexton Mile [May 31], but with the defection of Charlatan, it gave us enough confidence to put our name in the hat for the Met Mile. I think this will be a good experience for the horse. He breezed extremely well Sunday [May 30] [Churchill Downs, 5f, :59.80] and had a huge gallop out. I feel like we're in a good spot with him and going the right way.”

Joel Rosario retains the mount from the outermost post 6.

Cash is King and LC Racing's Mischevious Alex (Into Mischief), undefeated in three starts this term, exits an impressive 5 1/2-length score in the seven-furlong GI Carter H. at the Big A Apr. 3.

Prior to that, the Saffie Joseph Jr. trainee annexed a Gulfstream optional claimer Jan. 10 before adding a win in the GIII Gulfstream Park Sprint S. Feb. 13. During his sophomore season, he also won the GIII Swale S. and GIII Gotham S. while under the tutelage of trainer John Servis.

“In my opinion, he's the leader of the sprint division, but we run a mile this time, so it's going to be a big test,” said Joseph, Jr. “This is the time to try it and if he's able to accomplish it, it will be a great thing for his resume as a stallion.”

In regards to the distance, Joseph Jr. added, “I'm cautiously optimistic. He's lethal at six or seven furlongs because he can make the lead or sit if he needs to. At a mile, I feel it's within his reach and he's capable of it, so we'll give it a try. The way he won last time gives you optimism, but he has to go over and do it to make me a believer.”

Also riding a winning skein heading into Saturday's test, Silver State (Hard Spun) gets a class test while trying top-tier company for the first time. After closing out 2020 with a pair of seven-eighth victories in Kentucky, he kicked off 2021 with a narrow score in Oaklawn's Fifth Season S. Jan. 23 before adding the Mar. 13 Essex H. Stretched to nine panels for his latest in the Apr. 17 GII Oaklawn H., the 4-year-old came home a narrow winner Fearless (Ghostzapper). Regular pilot Ricardo Santana Jr. rejoins the Steve Asmussen trainee Saturday.