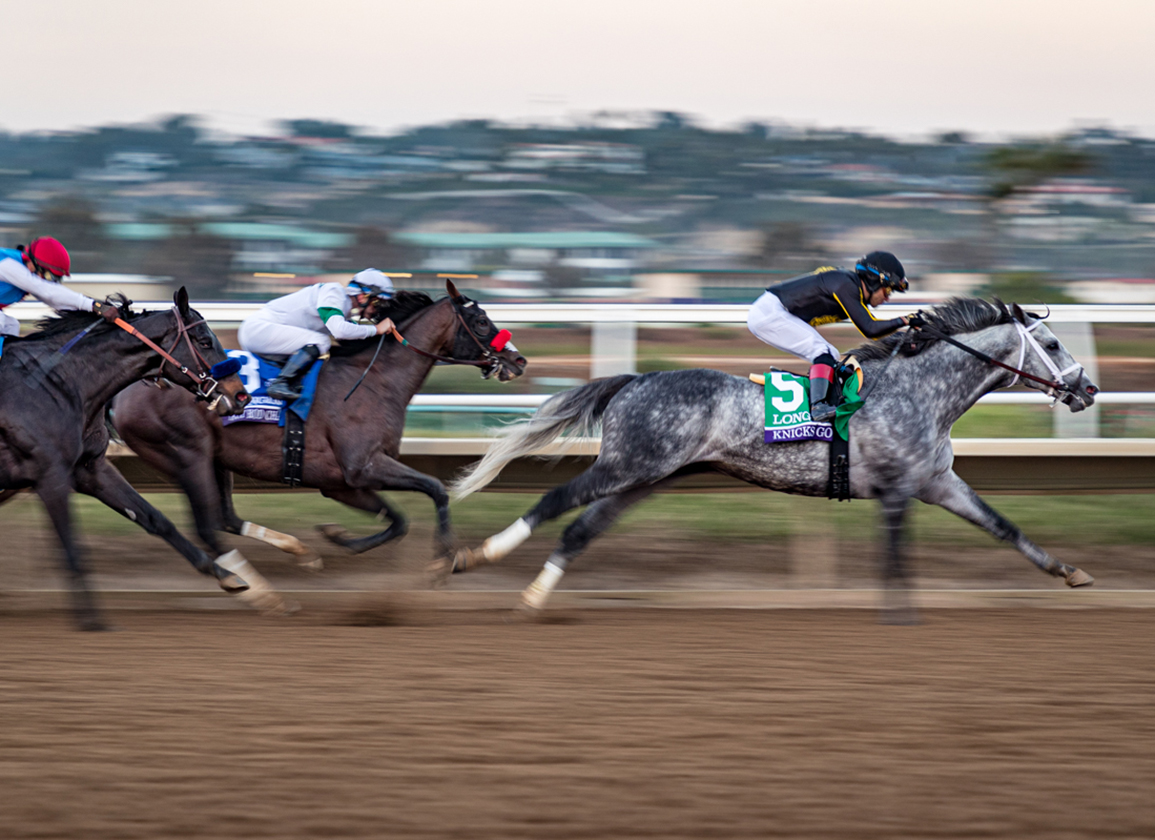 On the heels of his front-running, 2 3/4-length defeat of Medina Spirit (Protonico) in the Nov. 6 GI Longines Breeders' Cup Classic at Del Mar, Korea Racing Authority's Knicks Go (Paynter) has been assigned a rating of 128 and sits atop the latest edition of the Longines World's Best Racehorse Rankings (WBRR).

Baaeed (GB) (Sea The Stars {Ire}) moved into a tie for seventh on a rating of 124 after carrying his unbeaten streak to six with a neck defeat of Palace Pier (GB) (Kingman {GB}, 125) in the G1 Queen Elizabeth II S. on British Champions weekend at Ascot Oct. 16. The 3-year-old shares that position with the world's top-rated sprinter and reigning Australian Horse of the Year Nature Strip (Aus) (Nicconi {Aus}), who took the lucrative The Everest at Randwick Oct. 16 ahead of a dominating 3 1/4-length success in the G1 Darley Sprint Classic at Flemington Nov. 6.

Sealiway (Fr) (Galiway {GB}) has been given a rating of 123 for his gritty victory in the G1 QIPCO British Champion S., where he defeated 3-year-old Dubai Honour (Ire) (Pride of Dubai {Aus}) by three-quarters of a length. The latter is also ranked for the first time, having been given 121 for his Ascot efforts.

Also ranked for the first time is 'TDN Rising Star' Life Is Good (Into Mischief), who thrashed his rivals in the GI Big Ass Fans Breeders' Cup Dirt Mile last Saturday and was given a rating of 123. His previous best was 120.

In Australia, Verry Elleegant (NZ) (Zed {NZ}) has been assigned a rating of 122 for her four-length victory over Incentivise (Aus) (Shamus Award {Aus}) in the G1 Lexus Melbourne Cup, while State of Rest (Ire) (Starspangledbanner {Aus}) sits on 120 after his win in the G1 Ladbrokes Cox Plate Oct. 31.