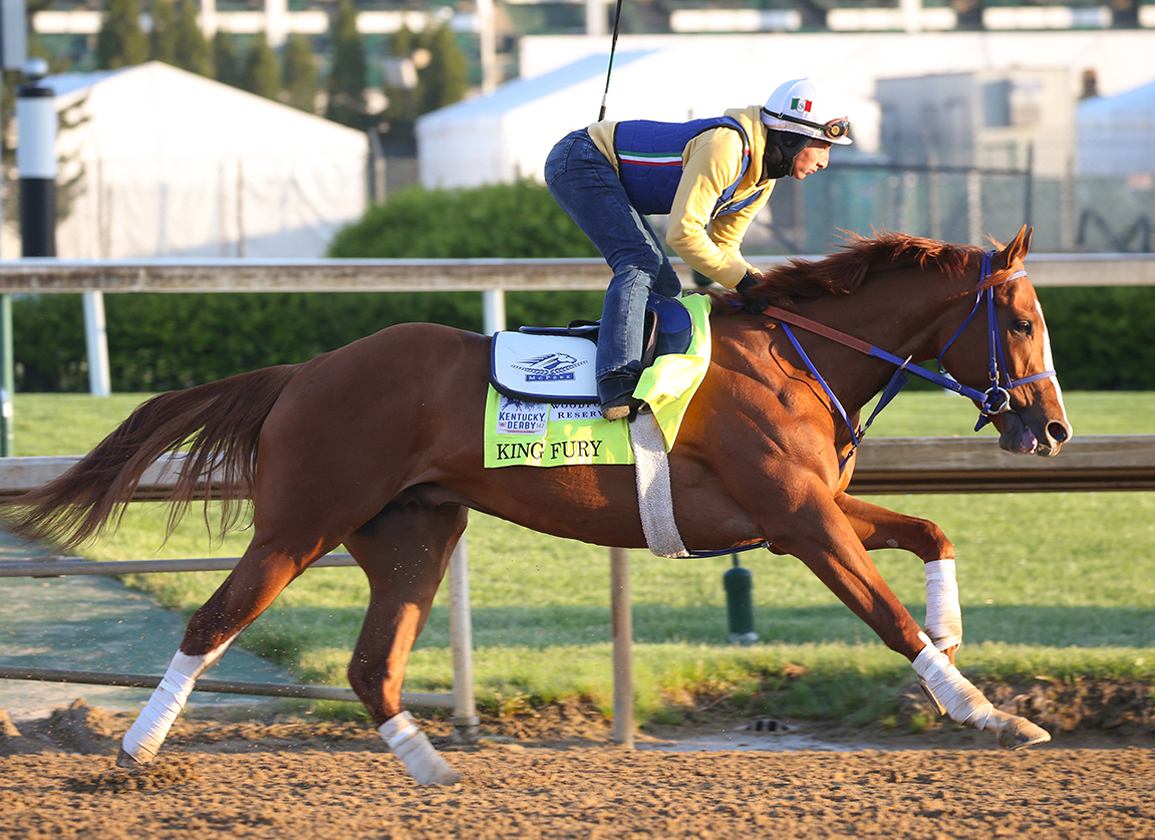 Well regarded before being knocked out of the GI Kentucky Derby after spiking a temperature on the eve of the big race, Fern Circle Stables and Three Chimneys Farm's King Fury (Curlin) looks to bolster his sophomore resume in Saturday's GIII Ohio Derby at Thistledown. Last season's Street Sense S. victor came home seventh in the GI Breeders' Cup Juvenile before finishing fifth in the Nov. 28 GII Kentucky Jockey Club S. at Churchill Downs. Let go at 18-1 for his seasonal reappearance in the Apr. 10 GIII Lexington S. at Keeneland, the Ken McPeek trainee closed from off the pace to score by 2 3/4 lengths.

Also with a graded stakes win already under his belt, Woodford Thoroughbreds, WinStar Farm and Rock Ridge Racing's lightly-raced Promise Keeper (Constitution) debuted with a fourth sprinting six panels at Gulfstream in January before showing his appreciation for the added yardage and the wet going by winning stretching to a mile Feb. 6. Tiring to finish an uncharacteristically poor 12th in the GII Tampa Bay Derby Mar. 6, the chestnut rebounded to score by 5 1/2 lengths going nine panels in a Keeneland optional claimer Apr. 8 and made it two straight when annexing the May 8 GIII Peter Pan S. at Belmont.

Cypress Creek, Arnold Bennewith and Spendthrift Farm's Keepmeinmind (Laoban) was one of the 'talking horses' heading up to last month's GI Preakness S., but his awkward gate exit left him no better than fourth, beaten just under 10 lengths, by winner Rombauer (Twirling Candy). Winner of last season's Kentucky Jockey Club, he was sixth in the GII Rebel S. in March and fifth in the GII Bluegrass S. before finishing seventh on the First Saturday in May. The son of late sire Laoban gets blinkers for the first time Saturday.

SF Racing, Starlight Racing, Madaket Stables and Stonestreet Stables' Hozier (Pioneerof the Nile), formerly with the beleaguered Bob Baffert, resurfaces with trainer Rodolphe Brisset. A maiden winner at Santa Anita in February, the bay was runner-up in the Rebel before failing to fire when sixth in the Apr. 10 GI Arkansas Derby. Favored for his latest, he had to settle for second–beaten a head–in Pimlico's Sir Barton S. May. 15. Chris Landeros gets the call.