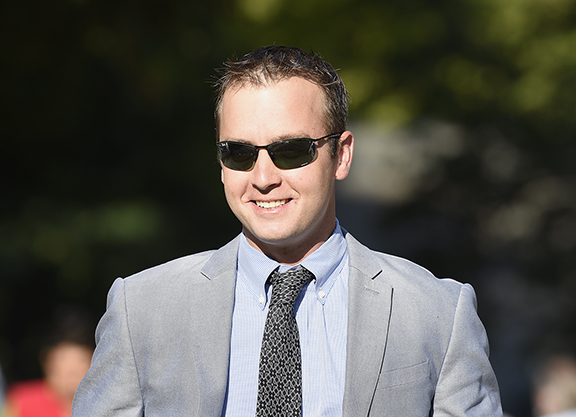 The Kentucky Horse Racing Commission has vacated the sanctions it imposed on trainer Joe Sharp following five positive tests for levamisole in horses who ran at Churchill Downs in November 2019. A KHRC ruling issued Thursday and first reported by Blood-Horse, read, “Due to the de-classification of levamisole in August 2015 by the Kentucky Horse Racing Commission, all penalties previously assessed to Owner/Trainer Joe Sharp in Stewards' Rulings #21-0006, #21-0008, #21-0010, #21-0011 and #21-0012 are hereby vacated.”

Sharp was suspended 30 days and fined $2,500 by the KHRC last January for the levamisole positives. The trainer also had eight horses test positive for the drug at Fair Grounds and was issued $1,000 fine for each horse, but not suspended for the Louisiana violations. He blamed the levamisole positives on an over-the-counter dewormer he had purchased and used to treat his horses.

While announcing his client was appealing the KHRC decision last January, attorney Clark Brewster told TDN, “The stewards sent out this notice saying [levamisole] is a class B drug. Not only is it not a class B, it's not listed at all. They held a hearing where I strongly urged them to dismiss this and they got real quiet. Then they returned a suspension of 30 days and fines. It was truly astonishing. We expect public servants to apply the law based on what is set forth.”

Brewster said that levamisole is only prohibited when it metabolizes into the drug aminorex, which he said did not happen in the case of Sharp's horses. He also pointed to a 2015 case in which the KHRC suspended trainer Daniel Werre for a full year after a levamisole positive. The suspension was reversed by the Franklin Circuit Court, which cited its finding that the KHRC had improperly classified the drug at the time. Werre was eventually given a seven-day suspension.