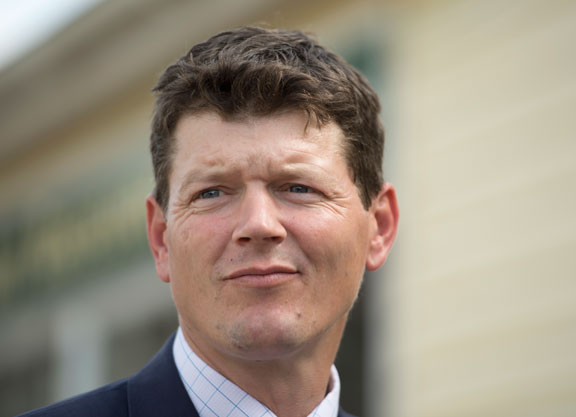 Ahmad Al Shaikh's Khalifa Sat (Ire) (Free Eagle {Ire}), the 50-1 runner-up in the G1 Investec Derby, will target the G3 Gordon S. at Goodwood on July 30, should he come through a work later this week in good order. Khalifa Sat had earmarked himself as a potential talent when winning the Listed Cocked Hat S. also at Goodwood in June, and cemented that status in the Derby.

“There's a possibility he could run in the Gordon S. at Goodwood next week, depending on how he comes through a bit of work later in the week,” said trainer Andrew Balding. “He's well, and the Gordon S. would be the intention. He's just a lovely horse to have in the yard.”

Khalifa Sat isn't the only big-name runner Balding will have at Goodwood, and the trainer reported G1 2000 Guineas winner Kameko (Kitten's Joy) will also work later this week ahead of the July 29 G1 Sussex S.

“He's good, he'll do a bit of work later in the week–and if all is well after that, it's all systems go for next week,” Balding said. “It does look a very good race–but it should be, because it is the Sussex S. It will be fascinating to see him take on Siskin, Circus Maximus and Marcus [Tregoning's] horse [Mohaather]–and I'm sure there will be one or two others too. It looks like being a great race.”