Home » Archive » Europe » Keeping It In The Family

Keeping It In The Family 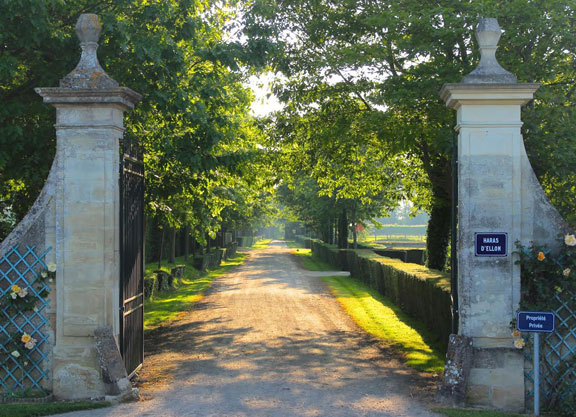 Family: it's a word used to describe those people held closest to one's heart. In horse racing, the word 'family' is often linked to the stalwarts of the breeding industry, like the Aga Khan or Juddmonte, who have built up their broodmare band from the original few with which they started. The story of Haras d'Ellon and Thierry de La Heronniere is one that links a Thoroughbred family to a human one and with an exciting consignment of yearlings due to sell at Arqana's August Sale this weekend, and it would seem that there is still plenty to look forward to from the French stud.

Started in the 1970s by Thierry's father, Herve de La Heronniere, Haras d'Ellon–a Normandy based stud farm–began with between five and 10 mares. The elder de La Heronniere's desire for new bloodlines saw him purchase a chestnut mare named Valee from the Wildensteins, and this is where the Haras d'Ellon Thoroughbred family began. Valee became the dam of Vitiges, winner of the 1975 Prix Robert Papin and Prix Morny as well as the 1976 Champion S. Her influence as a broodmare can still be seen today, namely through her daughter Virunga, who can be found in the pedigree of the late 2016 G2 Prix de Sandringham winner Volta (Fr) (Siyouni {Fr}) and in the page of Arqana August's lot 43, both bred by Thierry.

Although Thierry de La Heronniere had a previous profession as a civil engineer, ultimately Haras d'Ellon called him back, and he began breeding horses with his father. His father's success as a breeder is something de La Heronniere said he holds dear, and the lessons he learned from him are still very much part of the way de La Heronniere breeds and selects mares to buy. In fact it was a desire for the continuation of his father's bloodlines that led him to buy Persian Belle (GB) (Machiavellian) (the dam of Volta) at Tattersalls in 2004.

“I like pedigrees,” said de La Heronniere. “I am convinced it is the only way to have better horses. My father was very successful with Vitiges and so when I started I tried to buy into that family as well, sort of a continuity of his lines.”

Purchasing Persian Belle has not only meant that Valee's family lives on at Haras d'Ellon, but that de La Heronniere became a successful breeder in his own right. Her first foal, Calvados Blues (Fr) (Lando {Ger}), became a multiple Group 3 winner as well as consistently performing at Group 1 level, an accolade most breeders dream of. However, Persian Belle was not done there. When Persian Belle was mated with Siyouni (Fr) the resulting foal turned out to be Volta.

“Breeding a horse like Volta and to have a story like hers is what I work for every day,” de La Heronniere said. “What is so exceptional for me about that story is that she stems back to my father. This family, from the start, has been successful for my own family so it means a lot to me. In the future, when I look back to the past I think this one will be my biggest success as a breed architect.”

Volta's death in May this year is not a loss easily forgotten but with lot 43–a full-sister who is described as “Calvados Blues but in filly form” by both de La Heronniere and his nephew Constantin, who works for the Aga Khan Studs as financial director–due to march into the Arqana sales ring, the dream of more group success is still alive.

De La Heronniere has four other yearlings to offer as part of the Haras d'Ellon consignment at Arqana. Lot 235 is by War Command, who has his first yearlings on offer this year. Of War Command he said, “[he is a] serious horse, nice conformation, serious and strong. The filly is a good type for the sale in that she is mature.” Lots 89 and 276 are both by Siyouni and de La Heronniere said, “they are very well balanced and related.”

The final representative for the farm is lot 288, a filly by Pivotal (GB) who is from the family of Cape Cross (Ire) and Iffraaj (GB). “The five are very nice and I am confident for a good sale,” said de La Heronniere.

With the growth of Arqana and the continued international presence at the sale, de La Heronniere said he is continually looking to upgrade the broodmare band in the hope of being able to keep up with the growing standard needed for Arqana August. “Every year I try to buy new mares,” he said. “I sometimes make mistakes but I try to have new stock all the time, which is why I think the quality is going up; I expect next year to have more yearlings.”

De La Heronniere said he would consider the sale a success if his pre-sale expectations were met. “A good sale is at least the price being achieved that you had in mind when you first arrived,” he said. “You always have [a price] in mind but it depends on the people you have in the ring. Normally, the first thought is a good one so if you can get more than that you are happy.”