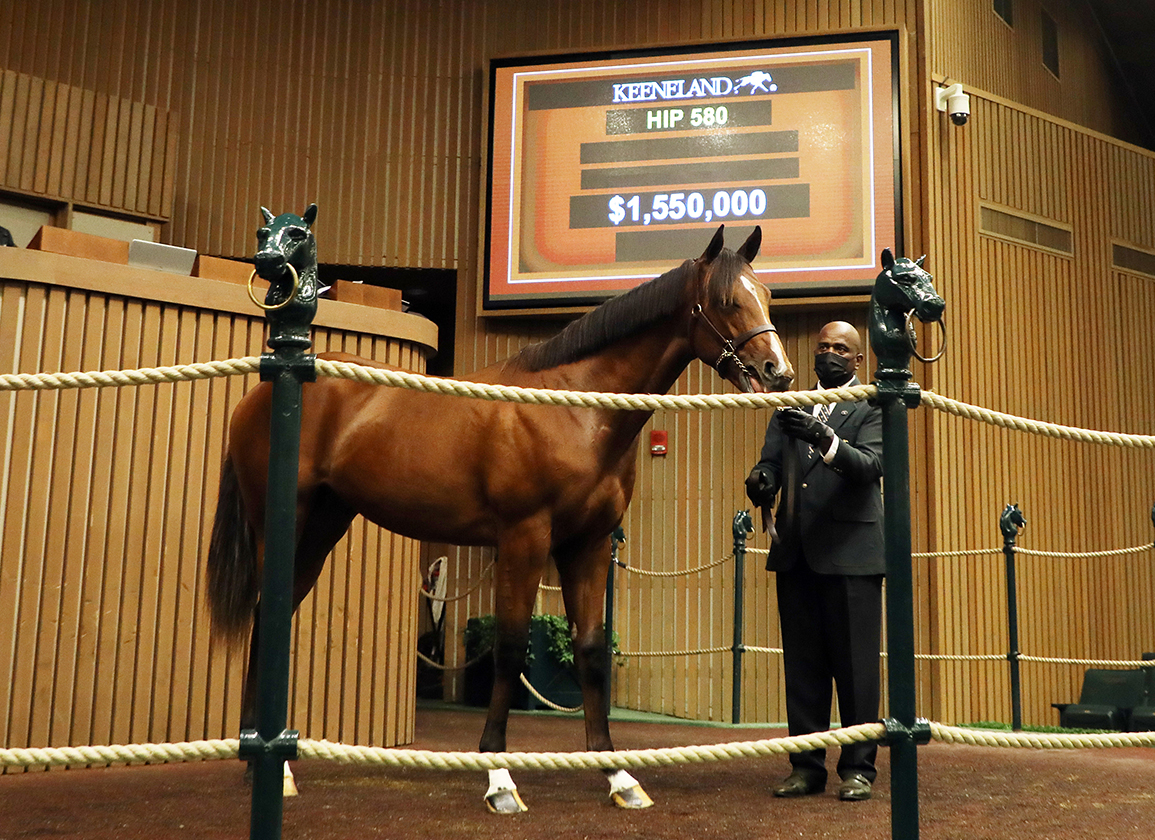 A colt from the first crop of Triple Crown winner Justify (Hip 580) became his sire's first seven-figure offspring in North America when summoning $1.55 million from Talla Racing and West Point Thoroughbreds. Trainer John Sadler was standing alongside West Point's Terry Finley as he signed the ticket. Bred and consigned by Stonehaven Steadings, the bay colt is out of GSP True Feelings (Latent Heat), who is already the dam of SW Feeling Mischief (Into Mischief) and GSP Royal Act (American Pharoah).