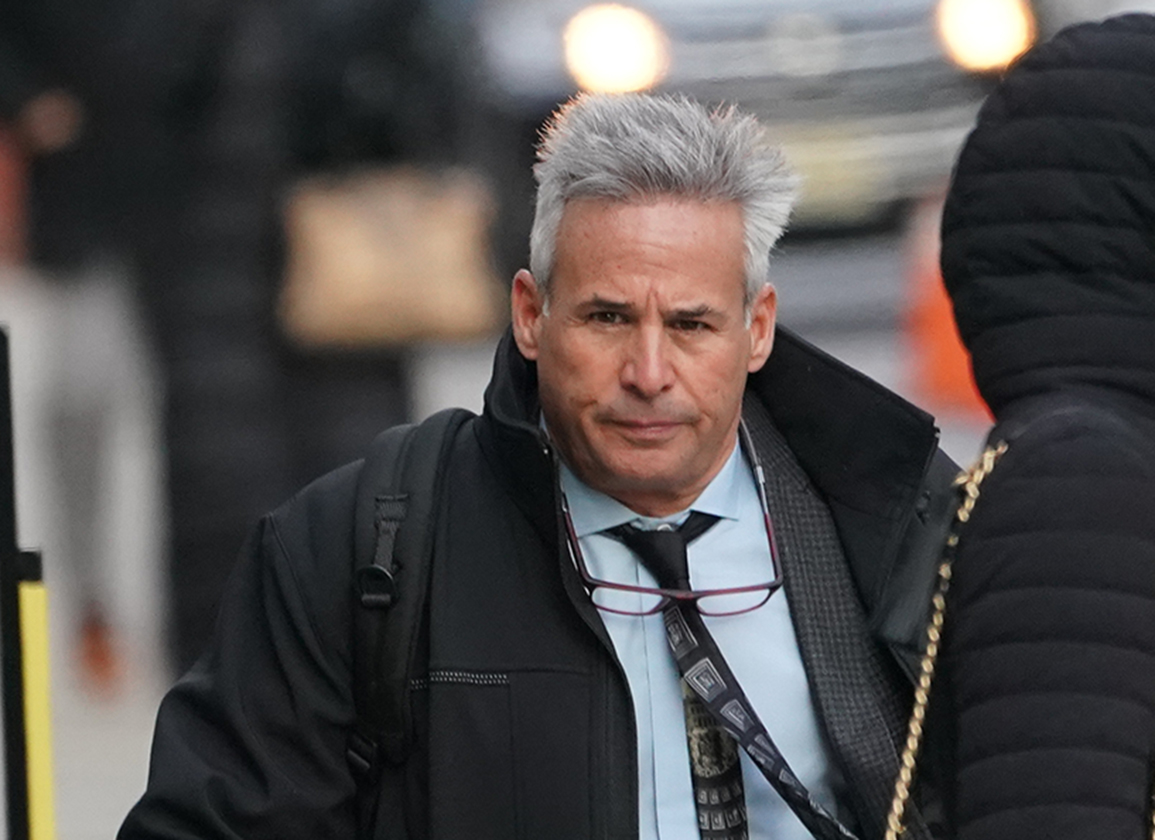 The jury in the federal horse-doping trial of Seth Fishman heard Jan. 25 a portion of a Federal Bureau of Investigation wiretap in which the veterinarian discusses whether the drugs he sold to horse trainers involved doping.

“Any time you give something to a horse, that's doping,” Fishman says in the conversation recorded by the FBI Apr. 5, 2019. “Whether or not they test for it is another story.”

On the call with Fishman was an unidentified individual who had wanted to know more about the drugs.

“But it's not doping, yeah?” that person asks.

“Don't kid yourself,” Fishman also tells him. “If you're giving something to a horse to make it better, and you're not supposed to do that, that's doping. You know, whether or not it's testable that's another story.”

The wiretap was played in court on the fifth day of the trial as testimony resumed after a day's interruption. On Jan. 24, Judge Mary Kay Vyskocil declared a mistrial in the case of Fishman co-defendant Lisa Giannelli. Giannelli's attorney tested positive for COVID-19 before court on Monday, warranting the mistrial.

As the day began Tuesday, Vyskocil announced a ruling rejecting a motion for a mistrial by Fishman's attorneys. They moved for a mistrial because of the positive COVID-19 test they believed upset the flow of the trial and because of remarks the attorney for Giannelli made during openings statements last week that they said could prejudice the jury against their client.

That attorney, Louis Fasulo, had described his client as the “proverbial sheep” to Fishman's “sheep master.”

Vyskocil countered that Fishman had not been prejudiced.

“Dr. Fishman has received a fair trial so far and will continue to receive a fair trial,” Vyskocil said.

Fishman was one of more than two dozen members of the horse racing community charged in sweeping indictments in March 2020 with conspiring to dope horses at race tracks across the country with illicit performance-enhancing drugs that wouldn't show up in post-race testing. Those charged included top trainers Jason Servis, who awaits trial, and Jorge Navarro, who pled guilty to conspiring with others to dope horses and was sentenced to five years in prison.

Fishman is charged with two counts of conspiring to violate drug adulteration and misbranding laws. He faces a maximum of 15 years in prison if convicted.

As part of their case, prosecutors allege Fishman accepted tens of thousands of dollars from Navarro in exchange for untestable drugs.

On Tuesday, prosecutors called Dr. Jean Bowman, veterinary medical officer in the division of surveillance for the FDA, as a government expert witness.

During her testimony, prosecutor Sarah Mortazavi introduced into evidence photos taken on the day of Navarro's arrest in 2020 that showed him in possession at his Florida home of four alleged PEDS that came from Fishman.

Mortazavi drilled down on those drugs, named BB3. The indictment described BB3 as a customized “blood building” PED that when combined with intense physical exertion thicken a horse's blood. A horse doped with BB3 ran the risk of a heart attack, the indictment said.

The photo of BB3 seized by the FBI from the Navarro residence shows only the product's name on the bottle.

Bowman testified that BB3 had not been approved by the FDA and that she could find no studies in an FDA database about BB3 and its effectiveness and safety to horses.

The doctor testified that BB3 and the other drugs Fishman sold should only be prescribed after a physical examination of the animal.

Prosecutors contend Fishman never did that before shipping his PEDs to buyers.

At one point during questioning, Mortazavi had Bowman read from an email Fishman sent to Giannelli on Jan. 5, 2019, that contained a list of drugs available from Fishman's South Florida business Equestology.

“BB3: would only let trusted clients have this,” Bowman quoted the email as saying.

Fishman's lawyers Maurice Sercarz and Marc Fernich will have an opportunity to cross-examine the FDA expert when the trial resumes Jan. 26.