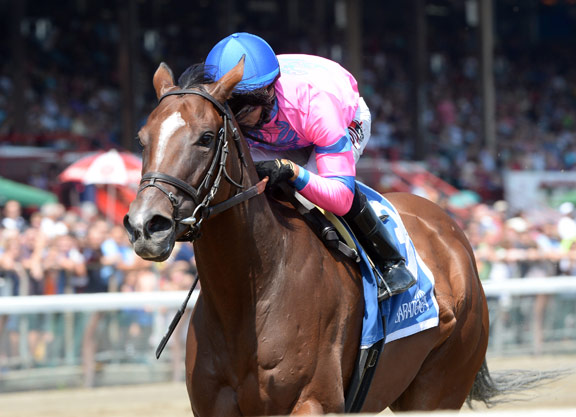 HALF TO LA VERDAD DEBUTS AT ELLIS

FUEGO CALIENTE (Will Take Charge), a half-brother to the late champion La Verdad (Yes It's True), makes his career bow in this spot for Hall of Famer Steve Asmussen. His fleet-footed half-sister won 11 black-type races and an Eclipse Award over her lengthy career for Linda Rice, earning over $1.5-million. The bay succumbed to colic in May after producing her fourth foal, a colt by Into Mischief. Out of SP Noble Fire (Hook and Ladder), the Three Chimneys homebred is also a half to GSW & GISP Hot City Girl (City Zip) and GSP Noble Freud (Freud). TJCIS PPs