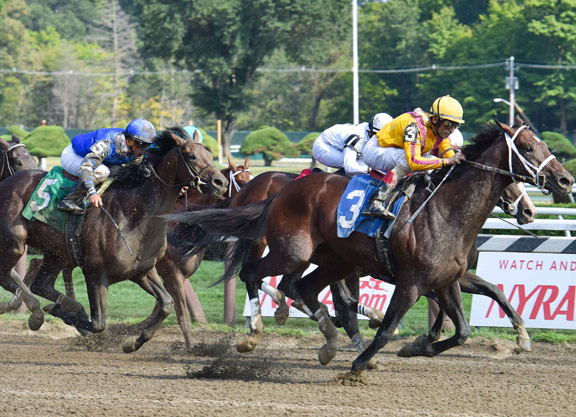 Stonestreet Stables homebred Jess's Dream (Curlin–Rachel Alexandra, by Medaglia d'Oro), the first foal out of Horse of the Year Rachel Alexandra, has been retired to Ocala Stud, where he will stand for a fee of $5,000 stands and nurses.

“Jess's Dream is a special horse and the epitome of the Stonestreet brand and breeding program,” said Stonestreet owner Barbara Banke. “He's by Horse of the Year and top sire Curlin, out of Horse of the Year Rachel Alexandra, whose only other foal is our Grade I winner Rachel's Valentina (Bernardini). Jess's Dream's maiden victory at Saratoga was one of the most-talked-about performances that year. He was tremendously talented, and we expected him to be a Grade I winner like everything else in the family.”

Banke added, “Ocala Stud does a fantastic job of developing top sires in Florida, and we are committed to giving Jess's Dream the support needed to make him a successful sire.”

Trained by Kiaran McLaughlin, Jess's Dream made just one start last summer at Saratoga, earning “TDN Rising Star” honors after unleashing a wide late rally to win by a length after a slow start. The 4-year-old retires with a record of 1-1-0-0 and earnings of $49,800.

“Jess's Dream truly had unlimited potential,” said McLaughlin. “He ran as good as a horse could run first-time out at Saratoga, and there's no question he had top-class talent. We certainly didn't see the best of him. The sky was the limit.”

“We've been standing stallions for a long time, and there hasn't been a better-pedigreed horse in Florida than Jess's Dream,” said O'Farrell. “We are grateful to Stonestreet for the opportunity to stand another exciting stallion prospect. They have one of the best operations in the entire industry, and they do a fantastic job of supporting their stallions. We've had tremendous fortune together with Kantharos and making him into a leading sire, and I'm confident we'll have success with Jess's Dream. Breeders are going to like him when they come out to see him.”

Jess's Dream is now available for inspection at Ocala Stud.