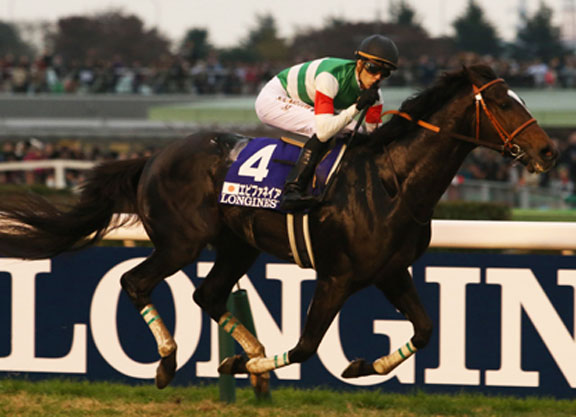 Carrot Farm's Epiphaneia (Jpn) (Symboli Kris S), winner of last year's G1 Japan Cup over Just A Way (Jpn) (Heart's Cry {Jpn}) and second to that rival in the Longines World's Best Racehorse Rankings of 2015, has been retired after suffering a suspensory injury, according to Racing Post. The 5-year-old will enter stud in 2016 at Shadai Stallion Station. Epiphaneia, who was being aimed at the G1 Prix de l'Arc de Triomphe, also won the 2013 G1 Kikuka Sho (Japanese St. Leger) and was second in the other two legs of the country's Triple Crown: the G1 Satsuki Sho and G1 Tokyo Yushun. He was last seen finishing last of nine in the G1 Dubai World Cup Mar. 28 in his lone outing of 2015.