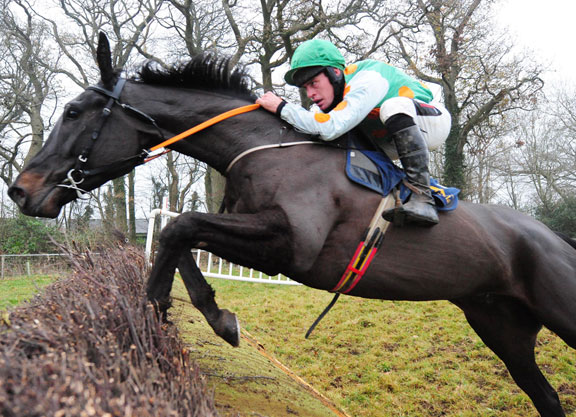 Irish amateur jockey Rob James, who was shown climbing aboard and sitting astride a dead horse in an eight-second video that circulated on social media last week, has received a 12-month suspension of his qualified riders license and handlers permit from the Irish Horseracing Regulatory Board, which tweeted the result of its investigation late on Wednesday evening. The last eight months of the ban have been suspended by the IHRB, though terms of the suspension were not immediately disclosed. The statement from the IHRB reads as follows:

“The Referrals Committee, Ms. Justice Leonie Reynolds, Mr. Nick Wachman and Mr. Sean Barry convened at the Offices of the Irish Horseracing Regulatory Board (IHRB) on Wednesday, 10th, March 2021 to consider the referral of Mr. Robert James (Rider/Handler) following an Irish Horseracing Regulatory Board investigation into a video circulating on social media which first came to the attention of the IHRB on Tuesday, 2nd March, 2021.

“Having considered the evidence, the Referrals Committee found Mr. James in breach of Rule 272(i) in that he acted in a manner which was prejudicial to the integrity, proper conduct and good reputation of horseracing. They imposed a 12-month suspension of his Qualified Riders licence and Handlers Permit with the last eight months suspended.

“The Committee also notes that Mr. James has stated to the Committee that he will not attend a Racemeeting or a Point-to-Point for the four-month period of his suspension.

“The detailed decision read out by Ms. Justice Leonie Reynolds will be published by the Irish Horseracing Regulatory Board on Thursday.”