It's Ok To Be Late 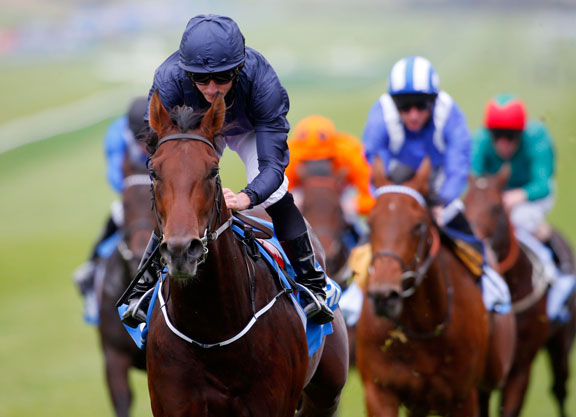 A late-April or May foal? Worry not. Foals born from Apr. 15 onwards more than hold their own among the very best racehorses in Europe. In the four years to 2016, late foals accounted for 19% of all Group 1 winners. That's well above the norm and there's a healthy representation of 2- and 3-year-olds among the Group 1 winners. In fact, some of Europe's finest juveniles–including Air Force Blue, War Command and Dawn Approach–were not born until after mid-April. That's three Dewhurst winners in five years. In all, there have been eight Group 1-winning 2-year-olds in the past four years with a late foaling date. So, there's still time to cover your mare. 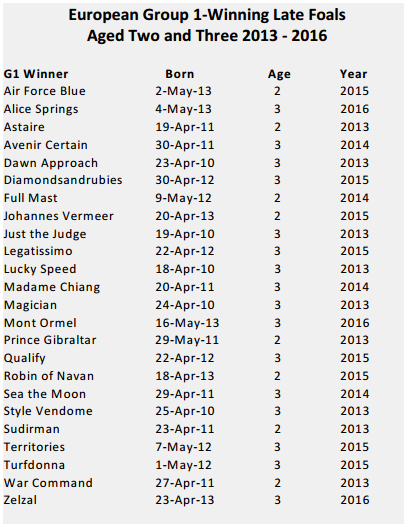