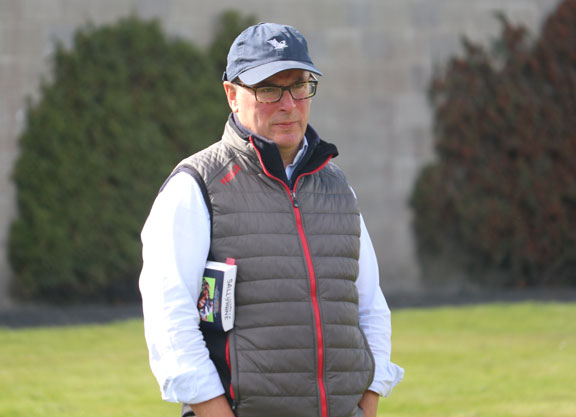 Following its successful inaugural running in 2020, the valuable Irish EBF Ballyhane S. has attracted an entry of 369 juveniles for its return on Aug. 2.

With guaranteed prize-money of at least €200,000, the juvenile contest, which is run over six furlongs at Naas on the August Bank Holiday Monday, has understandably proved popular. It also offers a bonus of €50,000 if the winner is by a Ballyhane Stud stallion.

“We are delighted to co-sponsor with the Irish EBF and have been thrilled with the response from a large variety of owners and trainers from Ireland and Britain,” said Ballyhane Stud owner Joe Foley. “Last year we had more than 400 entries and were able to stage a consolation race as well. There are fewer entries from Britain this year as a result of Brexit travel concerns and Covid, but it's still a fantastic level of support. I think people like the fact that the entry fees all go into the prize-money for the main race and the consolation race.”

He added, “We had positive feedback from the breeze-up consignors last year who felt that it was a great selling point for the horses with an entry, and that it helped to improve their sales price. A lot of them have signed up again this year and eligible horses will be advertised in the breeze-up catalogues. Of course it's an even greater incentive to buy a 2-year-old by a Ballyhane sire as, if the race is won by a horse by Dandy Man, Elzaam or Prince Of Lir, the winning owner will receive around €200,000 with the bonus.”

Last year's Irish EBF Ballyhane S. was won by Coolmore's Chief Little Hawk (Air Force Blue), who scooped €149,200 of the total prize fund of €291,400, with prize-money awarded down to the 12th place finisher. The Jack Davison-trained Mooneista (Ire), a filly by Dandy Man (Ire) who started at odds of 50/1, came closest to landing the Ballyhane bonus when finishing third, just 2½ lengths behind the winner.

The Silver Irish EBF Ballyhane S., run on the same card for those who missed the cut, had prize-money to 10th place and a total pot of €72,000.