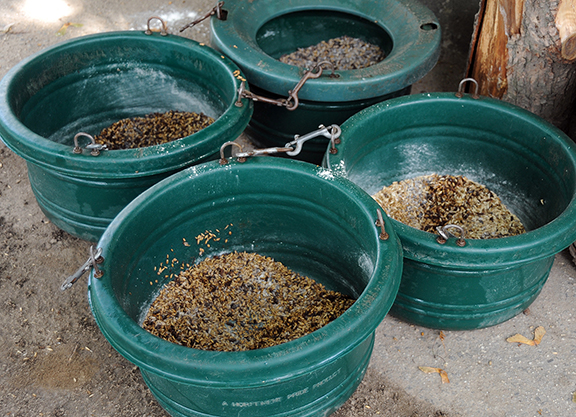 A Prairie Meadows-based Thoroughbred who twice ran second within eight days while carrying a Class 1, Penalty A substance that humans consume to produce psychoactive effects has earned its trainer a one-year suspension and a $1,000 fine.

According to an Iowa Racing Commission ruling dated Oct. 23, trainer Robert Roe “did not dispute the findings, nor did he deny he has to be penalized” after the Sept. 20 and 28 blood and urine samples for Candy My Boy (Candy Ride {Arg}) both came back positive for the banned substances mitragynine and 7-hydroxymitragynine, which have no acceptable allowable levels in a racehorse by Association of Racing Commissioners International (ARCI) standards.

Instead, Roe argued at an Oct. 22 stewards' hearing that he legally purchased a substance marketed as kratom and took it for his own personal use, but inadvertently dropped some into a preparation that ended up in the feed of his $5,000 claimer.

“Mr. Roe testified it was a contamination when he accidentally spilled some into a joint supplement he feeds his horse,” the ruling states. “He did not think he had spilled enough into it that it would affect the horse. He did not speak with his personal veterinarian, nor the state veterinarian to get their opinion, nor did he throw out the contaminated joint supplement. During the hearing he acknowledged he should have just thrown the contaminated supplement out.”

According to the ruling, Roe testified that the substances are misclassified by the ARCI, and that kratom “should not be a Category 1, Penalty A.” It was not immediately clear whether Roe (3-2-1 from 17 starters in 2020) intends to appeal his suspension and fine.

According to the website drugabuse.gov, kratom is a tropical tree native to Southeast Asia, “with leaves that contain compounds that can have psychotropic (mind-altering) effects…. Kratom can cause effects similar to both opioids and stimulants…. When kratom is taken in small amounts, users report increased energy, sociability, and alertness instead of sedation.”

It is not illegal to possess kratom in the United States, but the Drug Enforcement Agency lists it as a “drug of concern” with potential for abuse in humans.

The most recent–and perhaps only other–known penalty for kratom in North American racing was in 2017 when the New York State Gaming Commission indefinitely suspended a harness owner/trainer/driver for racing four horses at Monticello Raceway on it (two won and another was second).

Candy My Boy, a 7-year-old gelding with a 6-for-47 lifetime record, was competing at the “non-winners in six months” level when he ran second at 16-1 and 7-1 odds in his two September races while positive for the substances.

The ARCI guidelines for a Penalty A are a minimum one-year suspension and a fine of $10,000 or 10% of total purse (greater of the two) absent mitigating circumstances. According to the ruling, the stewards are considering the positives in the two races to “be a single violation, as both tests occurred prior to notifying Mr. Roe.”

Candy My Boy has been ordered disqualified from Race 9 on Sept. 20 and from Race 1 on Sept. 28. Owner Brett Marceau has been stripped of the purse winnings, which will be redistributed.