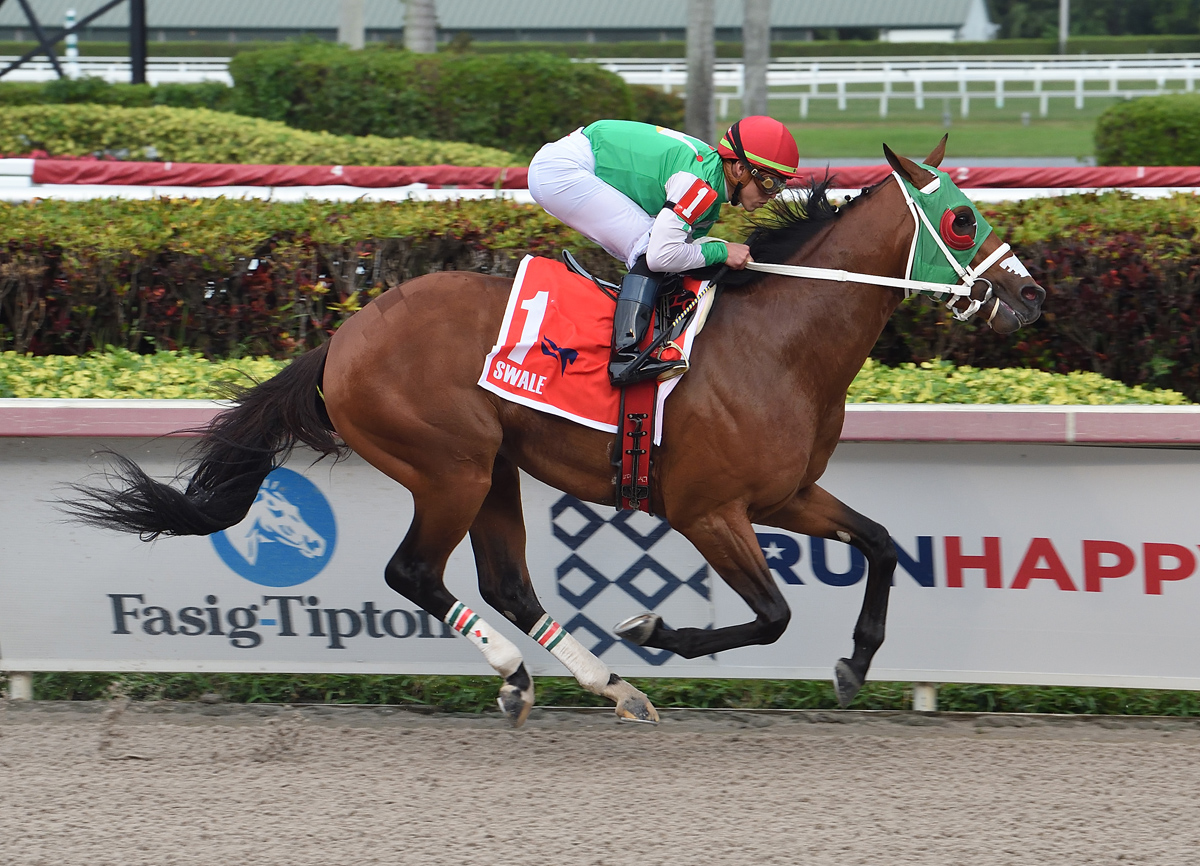 Swiftly into stride from the inside post, the last-out runaway winner of the Parx Juvenile S. held inside position at the fence as the two market leaders lingered behind. Both Green Light Go and Untitled were up and down approaching the stretch, but Mischevious Alex, who turned for home in complete command, had plenty left and shot clear en route to a daylight victory.

Mischevious Alex, a narrow debut winner at Parx last June, was a close third in Monmouth's Sapling S. Sept. 1. He followed his lone off-the-board finish in the grassy Laurel Futurity Sept. 21 with an impressive score with blinkers added in the Parx Juvenile last time Nov. 5.

“If you throw out this horse's turf race, he should be undefeated,” winning trainer John Servis said. “He's always been a push-button horse, but very green. When we did decided to put the blinkers on him, that's when he started to mind his business. I really think, me personally, a one-turn mile is going to really hit him on the head. Is he a mile and a quarter horse? I don't think so.”

Mischevious Alex becomes the 27th graded winner for leading sire Into Mischief. Two-time winner White Pants Night was purchased as a broodmare prospect by WinStar Farm for $100,000 at the 2014 KEENOV Sale. The 9-year-old mare is a half-sister to graded winner Hebbronville (Majesticperfection) and stakes winners Master of Disaster (Dance Master) and A Day for Dancing (Dance Master). She is also represented by the 2-year-old colt named Great Gasby (Tiznow) and a yearling colt by Outwork. She was bred to Wicked Strong for the 2020 season.