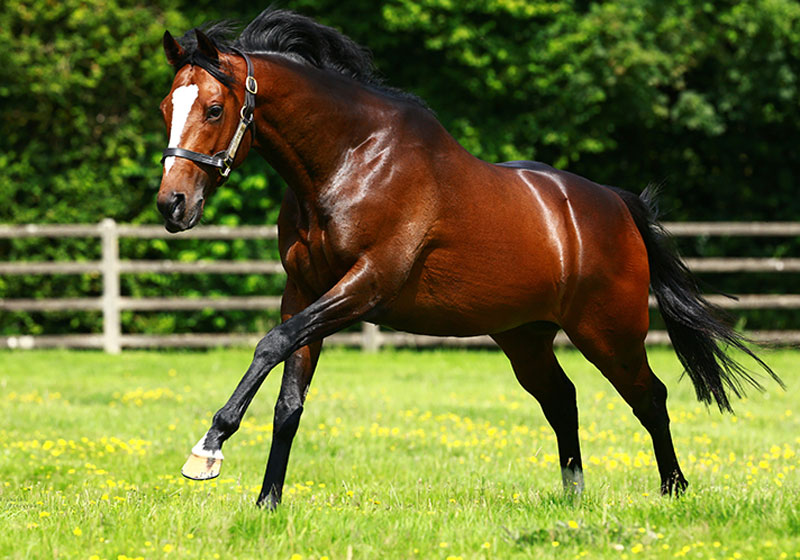 Manfred Schmelzer's Noble Heidi (Fr) (Intello {Ger}) added to trainer Henk Grewe's regular Tours de France tally with a July 1 debut win over seven furlongs at Compiegne, slipping to third in an Aug. 21 heat over the same distance at Clairefontaine, and she regained the winning thread upped to one mile at Chantilly last month, defeating subsequent G3 Prix Thomas Bryon second Homeryan (Fr) (Sea the Stars {Ire}) in that Sept. 1 test. She was sent postward as the 17-10 selection for Sunday's G3 Preis der Winterkonigin, Germany's premier event for juvenile fillies, and duly delivered for a career high in the one-mile Baden-Baden feature. The eventual winner stalked the pace in fourth after an alert getaway in this black-type bow. Improving into third at the top of the straight, she was sent in pursuit of Novemba (Ger) (Gleneagles {Ire}) approaching the final furlong and kept on strongly under continued rousting in the closing stages to deny that rival by 3/4-of-a-length nearing the line.

“She works well at home and has the feel of a very good horse although I did manage to get beat on her once,” winning rider Andrasch Starke told GaloppOnline. “The race was run at a fast pace and I had to commit on the bend. She quickened very well, but had a look around once she hit the front.” Champion trainer Henk Grewe added, “We selected her with the owner and she impressed us at the sales, although the price was a bit high for the pedigree. I think she will stay 10 furlongs without any problems and we'll see if she can go beyond that. We might take her back to France to build her up, but she is not a [G2 German] 1000 Guineas filly. The [G1 Preis der] Diana is her ultimate goal.” Peter Schiergen, trainer of the runner-up Novemba, said, “Sybille [Vogt] gave her a ride and the horse ran great. She will now go on her winter break and we shall aim her at next year's [G2 German] 1000 Guineas.”