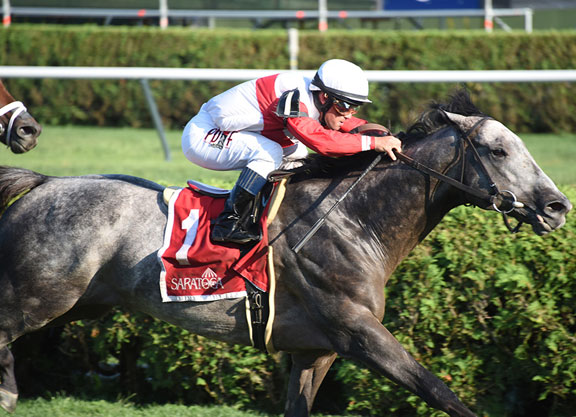 4th-LRL, $40K, Msw, 3yo, f, 6f, post time: 2:00 p.m. ET
It all comes full circle for owners Cal MacWilliam and Neil Teitelbaum and trainer Phil Schoenthal in the form of the debut-making MISS GUIDED (Speightstown&hid=26779">Speightstown). The Maryland-bred dark bay is the first foal out of Miss Behaviour (Jump Start), who earned an 84 Beyer on her five-furlong debut and who provided these owners and this trainer with their lone graded wins to date in the 2013 GII Matron S. and 2014 GIII Charles Town Oaks. Miss Behaviour retired with five wins from 12 starts and earnings in excess of $790,000. TJCIS PPs