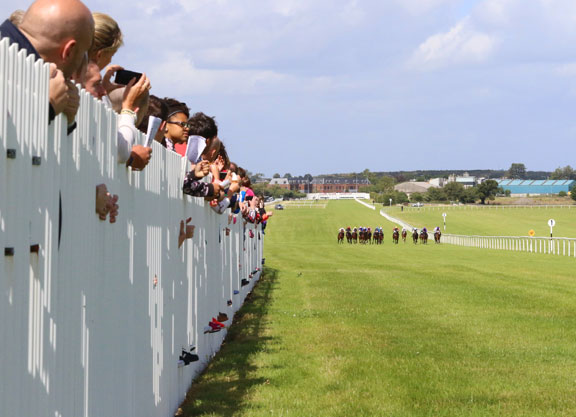 The inaugural Irish EBF Ballyhane S. at Naas Racecourse on Aug. 23 has had its purse upped to €320,000 from €200,000-making it the richest Irish 2-year-old race of the year–and a consolation race has been added due to high demand.

The Irish EBF Ballyhane S., open to the progeny of sires with a median of no more than €75,000 at last year's yearling sales, attracted an initial 563 entries-an Irish record. The winner will receive €150,000 and prizemoney will be paid to all 20 runners, with the final five finishers to receive €2,000.

Joe Foley, owner of Ballyhane Stud, said, 'We have been thrilled with the response to the race and delighted to reward the owners and trainers who have entered with the increased prize money for the main race and with the extra race. There are some exciting 2-year-olds already targeting the contest and it should be a great occasion at Naas in August.”