Home » Archive » Shared News » In Sweden, It's a Dog Versus Dopers

In Sweden, It's a Dog Versus Dopers 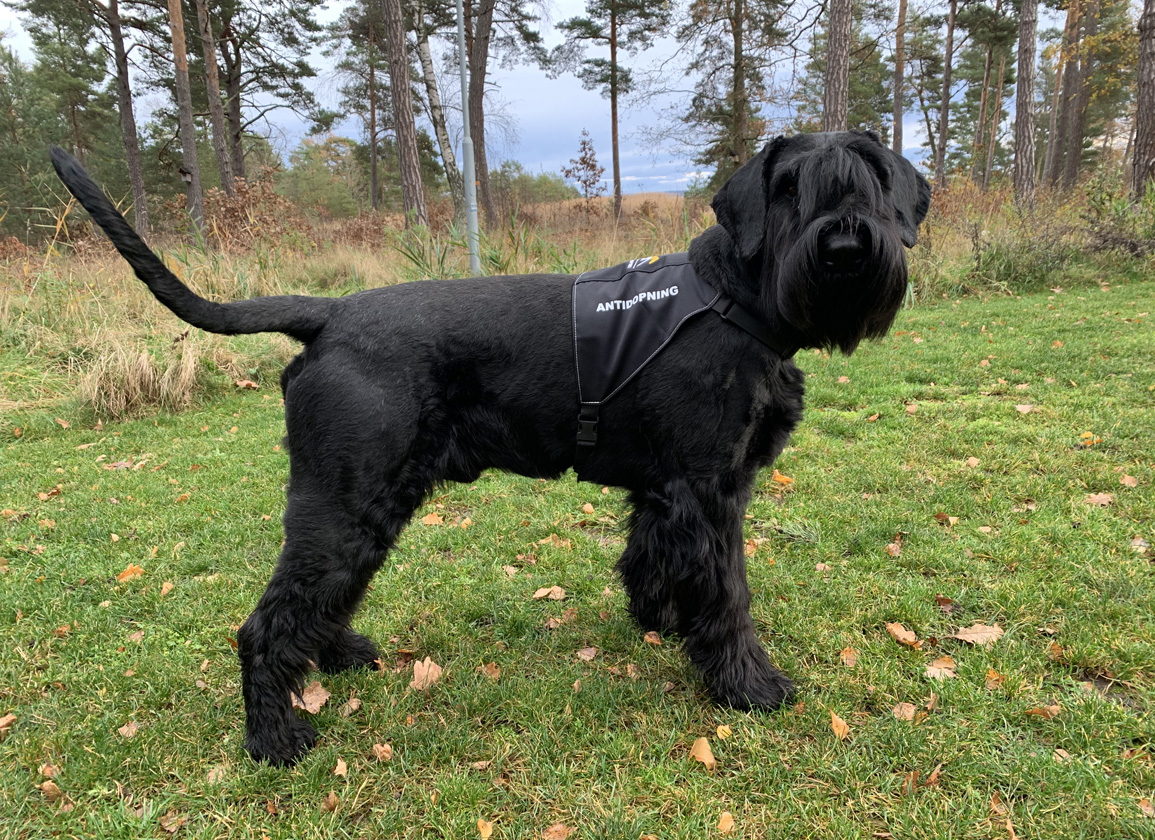 In Swedish racing, there's a new tool being used to catch drug cheats, one with four legs and a wet nose.

A 2 1/2-year-old Giant Schnauzer named Lykke (Swedish for happiness) has been put to work by the Swedish Trotting Association (ST) as part of its efforts to wipe out cheating. Lykke is able to detect the presence of illegal substances in a horse by smelling their urine.

“It is impossible to say how common doping would be in Swedish trotting, but it would be naive of me to think that doping does not exist at all,” said Mattias Falkbage, head of investigations at Swedish Trotting. “We take our anti-doping work very seriously and Lykke is our newest tool in the fight against doping.”

Lykke is not yet being used with Thoroughbreds, which is a minor sport in Sweden and far less prevalent than Standardbred racing.

Owned and trained by Fia Mardfelt, Lykke was enrolled in the Hundcampus dog training program, where dogs are taught during a one-year program to smell for such things as explosives, illegal human drugs and gas leaks. It was Mardfelt's idea to teach Lykke to look for illegal drugs in horses and she reached out to Swedish Trotting with a proposal that they enlist the dog in the fight against dopers.

“Lykke has proven to have all the qualities needed for a dog that will work with search assignments at this level,” Mardfelt said. “His personal qualities combined with an enormous analytical ability make him a fantastic tool.”

Falkbage and his team liked the idea and brought Lykke on board in the spring and began training him specifically to find drugs in horses. Lykke officially began his duties about three weeks ago. His handlers use him at the racetrack on race days and also at training centers, where Lykke is used for out-of-competition testing.

“That's what is unique, I haven't read about any other dogs that smell urine in that way,” Falkbage said. “If the dog smells a substance in the urine, it makes a mark and then we take samples, blood, urine, hair. The dog points us in the right direction so far as who we should test. What he does is not enough to get a positive in the courts. We have to take samples also. Lykke just points the way for us.”

“Since the spring Lykke has been trained in several preparations and we will train more and more as time goes on. Lykke's capacity is large and there are almost no restrictions for his sensitive nose,” she said.

Lykke is just one tool for a sport intent on ending cheating and has already implemented many of the tools the United States Anti-Doping Agency (USADA) said it will use in U.S. Thoroughbred racing when and if it is put in charge of policing the sport. Samples are being frozen and retested at a later date in the hope that new tests are developed to find previously undetectable substances. A tip line has been installed and whistle blowers are encouraged. Samples are being sent to international labs. Additional manpower has been brought in to ramp up the enforcement efforts and out-of-competition tests are done frequently.

Having Lykke on board is a big help.

“A lot of people in Sweden are talking about this,” Falkbage said. “Anyone who tries to cheat with the horse, they are probably scared now. They don't know how much this dog can find.”