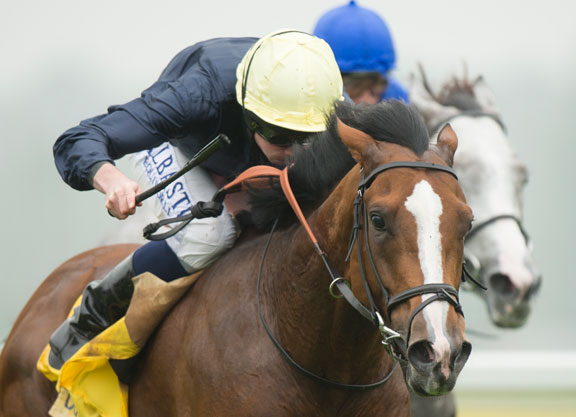 Hillstar (GB) (Danehill Dancer {Ire}–Crystal Star {GB}, by Mark Of Esteem {Ire}), the winner of the 2014 GI Pattison Canadian International who was also victorious in Royal Ascot’s G2 King Edward VII S. the previous year, will enter stud this year at Denis Hickey’s Garryrichard Stud in Co. Wexford, Ireland, according to Racing Post. The deal was brokered by Barry Lynch of Lillingston Bloodstock. In addition to three group wins, Hillstar was also third in the G1 King George VI and Queen Elizabeth S. of 2013. Hillstar’s fee will be available on application.