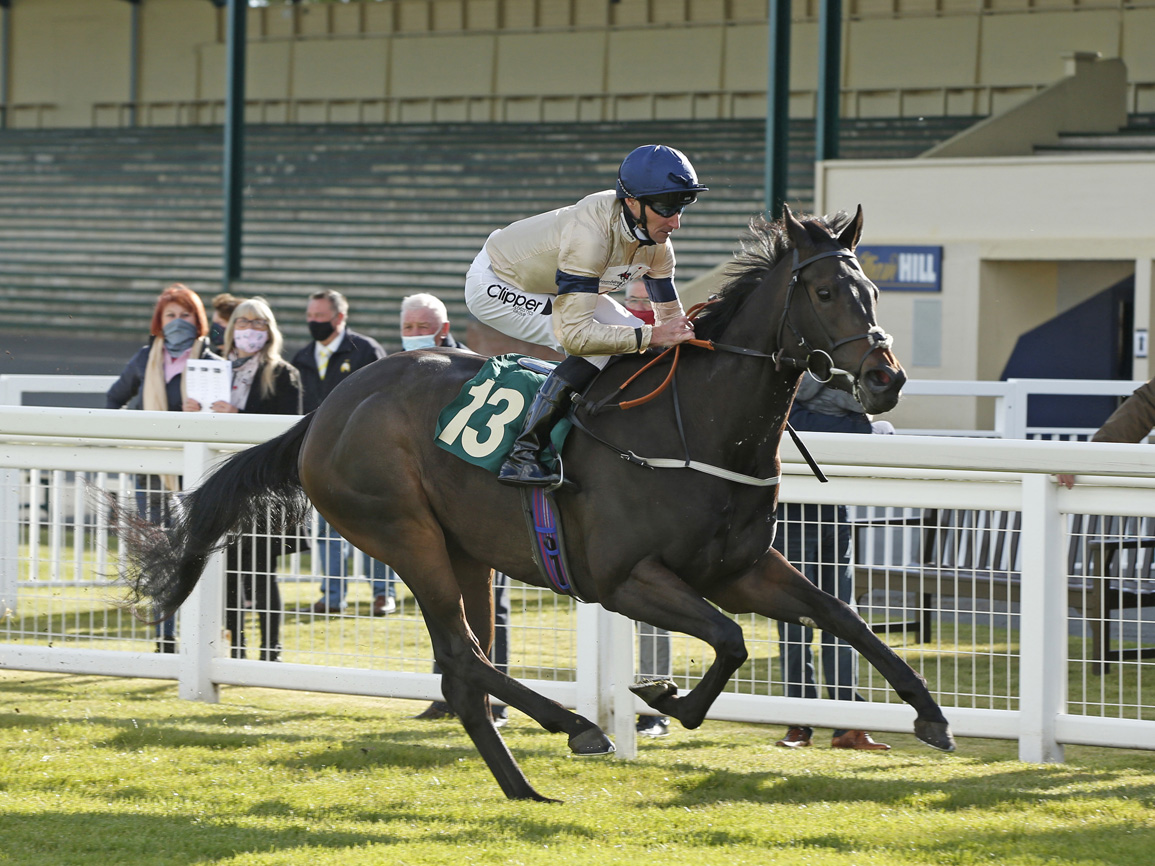 A £30,000 Goffs UK Premier Yearling Sale purchase by Jason Kelly, Twilight Spinner was third at first asking at Pontefract in April for Hambleton Racing and trainer David O'Meara before breaking her maiden at Ripon. She won the six furlong Listed Cecil Frail S. at Haydock by 6 1/2 lengths on May 21.

“Kevin Blake picked her out for Scott and she looks like she's a progressive filly,” said O'Brien, who has trained the likes of Crossfirehurricane (Kitten's Joy), My Generation (Speightstown) and Pista (American Pharoah) for Heider. “Scott has been a great supporter of the yard and we've been lucky together. We have a very good relationship and we're hoping this filly can continue that on.

“Scott also has, and is building, a very high-class broodmare band and the hope is that she'll be a strong addition to that at some stage in the future.”

Heider said that Twilight Spinner had been on his, Blake's and O'Brien's radars for some time prior to her black-type score.

“This is a filly that has only made three starts, and on her second start at Ripon, the field split,” he recalled. “She won that day off by herself, she was about nine or 10 in front of anyone else in her group. She came back two weeks later in a listed stake at Haydock. There were some nice fillies in there, she went off at 8-1 and ran a really impressive race-the fractional times, the final time, the way she did it, to draw off and win by six lengths, and she was rated 108 post-race.

“Kevin was watching her and Joseph had noticed her and once she won the listed stake she became more obvious. She vetted perfectly and it all came together in about 72 hours, and all credit to Kevin Blake for making it move in 72 hours. She arrived at Joseph's last week and she's into his regular training regime.”

Heider said he hopes to see his silks at Royal Ascot next week aboard the Listed Patton S. winner My Generation, but that it will likely be a bit longer before Twilight Spinner is seen in his maroon and gold colours.

“I think you probably won't see her for three to four weeks as Joseph is just getting her into his programme, but there is a variety of group stakes for her and ultimately she was purchased to be top-class and compete in the best races,” he said. “It would appear at this point that she's a filly that could potentially stretch [in trip], but looking at the family and at her physically she probably is a filly that will go six and seven furlongs, and that'll probably be where she excels. When you watch her races she relaxes and she has a really nice turn of foot, but she's perhaps bred to be a quicker filly so I think initially what we're talking about are group stakes going six and seven. But I think there will be a temptation there to see if we could stretch her out, because watching her races it does appear that she could get another eighth of a mile if not further.”

Twilight Spinner certainly boasts the pedigree of a top-class sprinter, being one of two stakes winners from the first crop of the dual Group 1-winning sprinter Twilight Son, a grandson of Pivotal (GB). Her dam, Spinatrix (GB) (Diktat {GB}), is bred on a similar cross to last year's GI Breeders' Cup Turf Sprint winner and triple Group 1 scorer Glass Slippers (GB), who is by Diktat's son Dream Ahead. Both are out of daughters of Mind Games.

“She comes from an interesting family,” Heider said. “I wouldn't call it a blue-blooded family but it's a family that really runs. Her mother won 10 times and was placed 22 times. She wasn't a stakes winner but she was very highly rated. Twilight Spinner is very sound and she's from the first crop of Twilight Son, who honestly didn't catch my eye with his first 2-year-olds, but he's getting a lot of winners now, so hopefully we'll have the best Twilight Son out of that first crop.”

“Our intention would be to keep her over there [in Ireland] to race as a 3- and 4-year-old, and it would be exciting to see her next year at Keeneland for the Breeders' Cup. I'm pleasantly surprised we were able to get something done as quickly as we could, and I'm very grateful.”

Twilight Spinner's arrival must be all the more welcome in light of the fact that Heider had to make the difficult decision earlier this year to retire his exciting filly Pista, who won the Listed Vinnie Roe S. and G2 Park Hill S. last year and was second in the G1 Prix de Royallieu, and had G1 Prix de l'Arc de Triomphe aspirations as a 4-year-old for 2021. The daughter of American Pharoah has been covered by Lope De Vega (Ire).

“Pista got her time off, and as she started to go back into training she was a little off, and that happens from time to time when they get time off like that,” Heider said. “We did a full check on her and she had a little something bothering her. It was something that was going to set her back; she was going to miss about half the season. Ultimately we decided, with consultation with Joseph, to go ahead and get her to Norelands Stud and let her be a mother.”

Pista, a $675,000 Keeneland September yearling, will have every chance to excel at stud, being a great-granddaughter of the influential producer Coup De Genie (Mr. Prospector).

“For a while it broke my heart that we couldn't continue the dream of the Arc path with her, but sometimes these things happen and you just need to make the best decision,” Heider said. “She was maybe the best filly we've ever owned. Coming from the family she comes from I want to play long ball with her, which means she was always going to be a broodmare for us. So we made the decision to do what we thought was best for her.

“These horses are like roses. When you have the rose you need to stop, you need to admire and you need to appreciate it's beauty. Sometimes the rose lasts longer than you think, and other times it doesn't.”