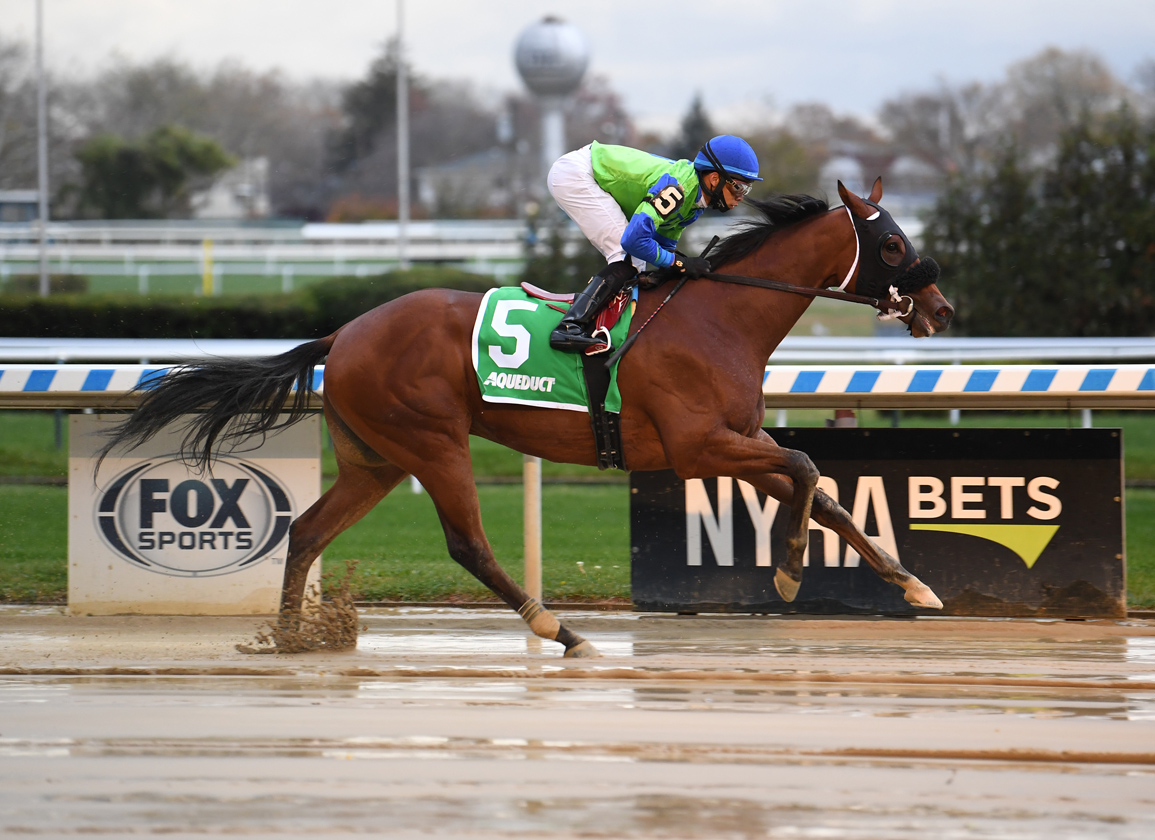 Jay Em Ess Stable's Happy Medium (Runhappy) posted his first breeze since his 'TDN Rising Star' performance Dec. 18, which was his third consecutive daylight win. The freshly minted 4-year-old was out for a half-mile work Sunday over the Belmont training track, getting the four furlongs in an easy :51.22.

“He worked well this morning,” said trainer Michelle Nevin. “It was just an easy breeze, which was what I wanted.”

A $300,000 Keeneland September yearling, Happy Medium had debuted with a third at Aqueduct last March before heading to the sidelines for six months, then reappeared to scorch a six-furlong maiden special weight at Belmont Sept. 30 by 9 1/4 lengths. An allowance in the slop at the Big A Nov. 13 resulted in a five-length score and the bay continued his tour de force Dec. 18, again at Aqueduct but this time over a fast track, by seven lengths. In addition to earning 'Rising Star' status, he also earned a 104 Beyer Speed Figure for the effort.

Nevin said no specific plans have been made for the gelding's next start.

Also working–albeit in Florida–toward her next start was another New York star from this past fall in SW & GSP Venti Valentine (Firing Line). Campaigned by NY Final Furlong Racing Stable and Parkland Thoroughbreds, the now 3-year-old worked a half-mile in :50.80 Saturday at Palm Meadows Training Center.

“She's doing really good and that was a great run from her last time,” said Edgar Estevez, assistant to trainer Jorge Abreu. “Jorge is very pleased with the way she came out of the race and he decided to give her a little bit of a rest and start her back up down at Palm Meadows. She's taking it easy right now.”

After breaking her maiden on debut Sept. 26 going six panels at Belmont, Venti Valentine captured the Maid of the Mist S. at a mile Oct. 30 and was second by a neck in the GII Demoiselle S. Dec. 4 at Aqueduct at nine furlongs. In the Demoiselle, she earned four qualifying points toward the GI Kentucky Oaks, to be held May 6. Estevez indicated her next start on the path to the Oaks is yet to be determined.