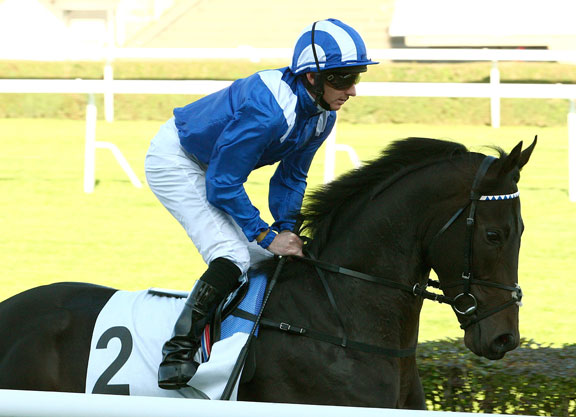 Paul Hanagan is nearing a return to race riding following an extended stay on the sidelines after breaking his back in a fall at Newcastle in February.

The two-time champion jockey and retained rider to Sheikh Hamdan is nearing two milestones: his 40th birthday on Sept. 8 and his 2000th winner. He is 24 shy of the latter. Hanagan said he has “been riding out nearly every day for three weeks now.”

“It couldn't be going better,” he added. “I've still not got a date for coming back, but it's not going to be far away, maybe a few weeks. I don't want to put anything down in black and white, because if it didn't happen I'd be disappointed. I can't really say a date, but the way it's going I don't think it's going to be far away.”

Hanagan said progress was slow with his recovery until he underwent a keyhole surgery.