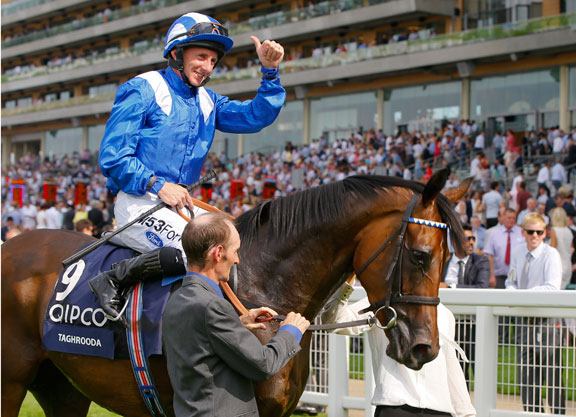 Jockey Paul Hanagan was taken to hospital after a fall from Requinto Dawn in the #BetYourWay At Betway H. at Newcastle. Hanagan's mount appeared to clip heels before stumbling a furlong out in the sprint handicap, the penultimate race on Saturday's all-weather evening card.The dual Flat champion jockey was attended by medics on course, and a Tweet on Newcastle's official account shortly afterwards provided a brief update.

It read, “Following an unfortunate incident in race seven, Paul Hanagan has been attended to by medical staff on the track, he is conscious and has been taken to hospital for further assessment.”

Hanagan appeared to be thrown clear from Richard Fahey's Requinto Dawn (Ire) (Requinto {Ire}), who galloped away without suffering any obvious injury.

Weighing-room colleague Barry McHugh, speaking after he had ridden the winner of the final race on the card, provided a positive report on Hanagan's condition.

McHugh told Sky Sports Racing, “He's moving, and that's the main thing. We're all worried about him–we're close-knit, and I'm probably going to nip over to Newcastle (hospital) to check in that he's okay. I'm sure they'll keep him in tonight. But it's a good sign that he's talking, and he's moving.”