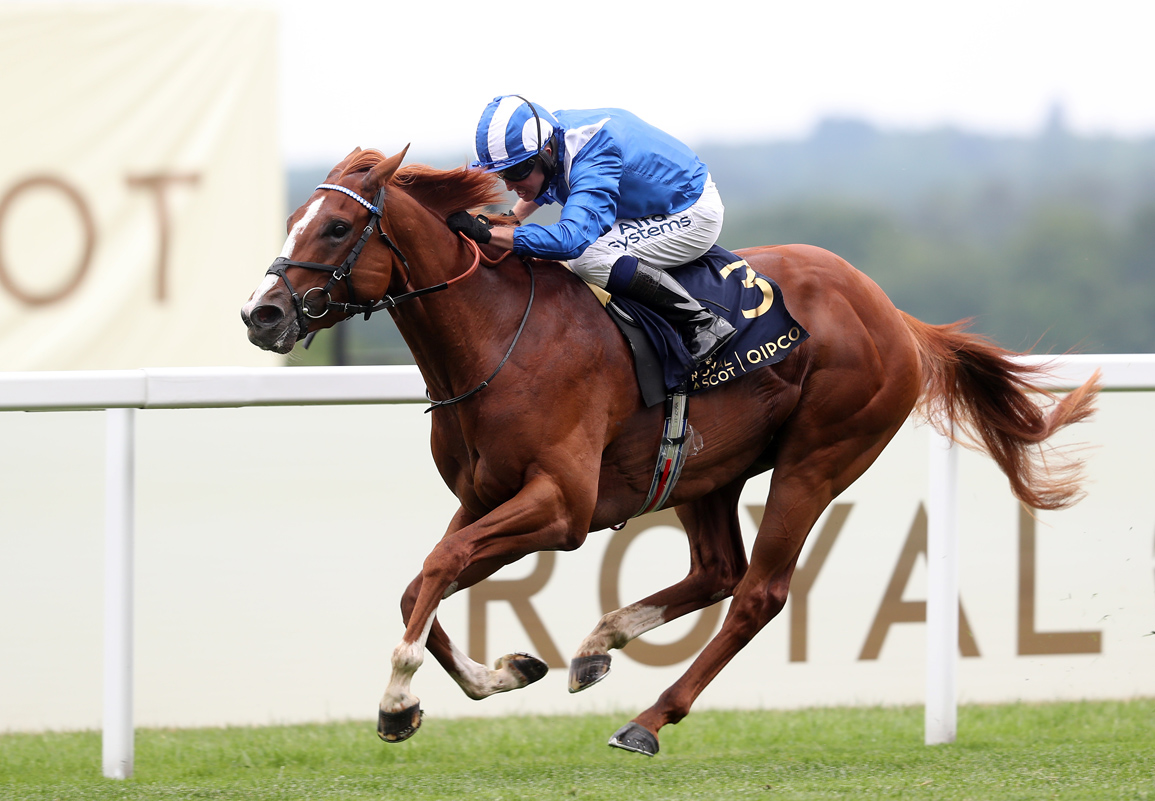 Denied a tilt at the G1 Epsom Derby due to the eve-of-race downpour, Shadwell's Mohaafeth (Ire) (Frankel {GB}) had luck on his side on Thursday and after the overnight thunderstorm had bypassed Ascot duly showed his wares in the G3 Hampton Court S. Anchored towards the back early by Jim Crowley, the 11-8 favourite had to come five-wide on the home bend but had the engine to get to the front passing two out as Roman Empire (Ire) (Galileo {Ire}) stuck close by. Drifting away from the whip and across that Ballydoyle rival soon after, the William Haggas-trained chestnut who had stunned in the May 1 Listed Newmarket S. over this 10-furlong trip had to dig deeper this time. Making the margin 1 3/4 lengths at the line, he was allowed to keep the race after an inquiry with Roman Empire in turn a head in front of Secret Protector (War Front) who had been five lengths behind the winner in the Newmarket. “No one will ever know whether we made the right decision on Derby day, but the mile-and-a-half trip on that ground would have been tough,” Haggas said. “He wasn't exactly powering away today and maybe that's his trip or shorter. He doesn't look a stayer physically and Jim [Crowley] said coming in 'you were absolutely right not to run in the Derby', so I felt a bit better for that.”

Spared the gruelling nature of a disappointment in the Derby, Mohaafeth still boasts the profile of a colt going places and while this was his first proper test he was able to employ his acceleration to get himself out of trouble. This was not as smooth as his two prior performances at Newmarket, but the chestnut now has experience of a fight and Haggas was keen to stress it was all about the future. “He's got a nice turn of foot and on quick ground will continue to be quite dangerous,” he continued. “We are in no rush with him–he's got the chance of being a top horse and he has plenty of mileage in him. He's proven he's a good horse and now he's got to get up to group 2 and group 1 level to prove he's a very good horse. He's in the [July 3 G1] Eclipse [at Sandown], but it depends on where we get that ground. I've never made a secret of the fact that he wants it fast, as he has a daisy-cutting action. Missing the Derby was sad, as it's a huge race but I was always concerned about the trip and then when it rained it became, for me, an easier decision not to run him. I think if he's going to go one way, he'll go shorter not longer.”

“I think it probably didn't go his way today,” Haggas added. “Jim was concerned about the horse of Roger Varian's who was up the front and he was quite far behind and he said, by his own admission, he'd gone a bit early. The horse kept going, that's the main thing, and he did run across the track a bit but he's probably used up a lot of petrol getting there.”