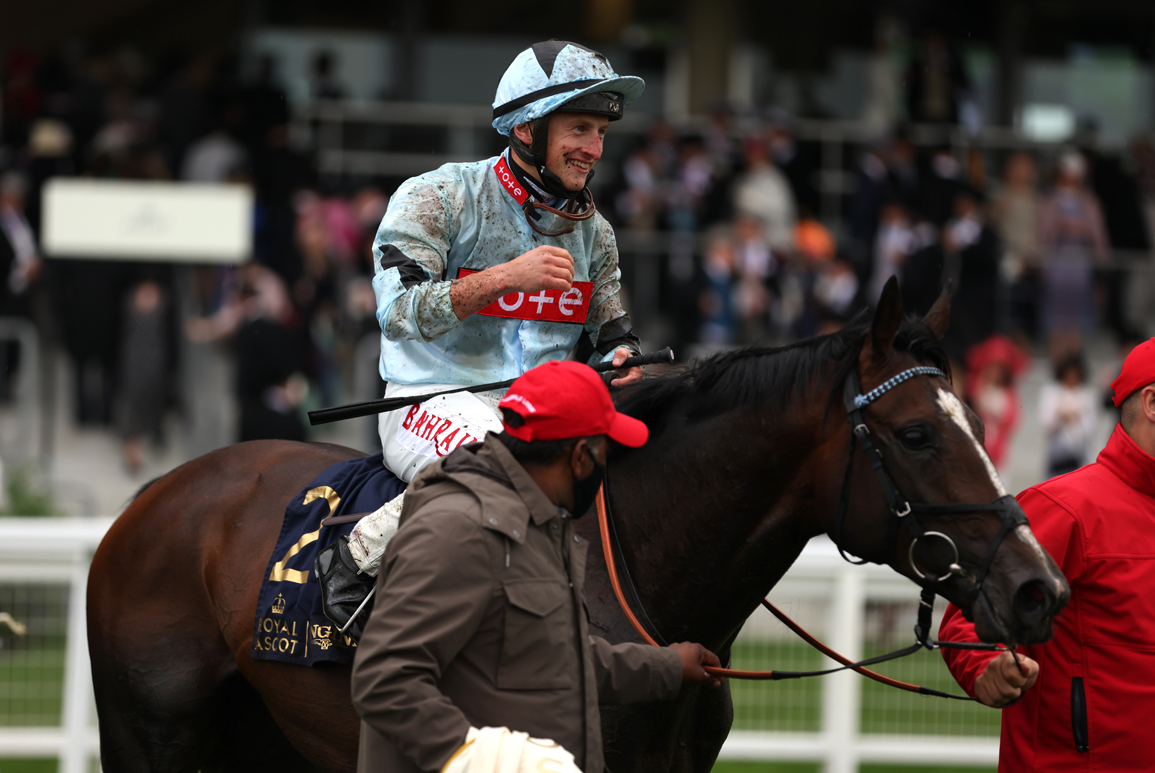 William Haggas provides a twin assault on York's Aug. 19 G1 Juddmonte International with Mohaafeth (Ire) (Frankel {GB}) and stable companion Alenquer (Adlerflug {Ger}). Mohaafeth, winner of the G3 Hampton Court S. at Royal Ascot in June, lost his unbeaten record for the season in the G2 York S. over the course and distance July 24. Most recently, Alenquer won the G2 King Edward VII S. at the Royal meeting before finishing third in the G1 Grand Prix de Paris over a mile and a half July 14. Alenquer is among the ante-post favourites for York's G2 Sky Bet Great Voltigeur S. on the same afternoon.

“I think he's more likely to go for the Juddmonte, that's the idea at the moment,” said the Newmarket handler. “He'll be coming back in trip, but you can put a line through his run in France because he never went at all. He got too far back and it was too much [ground to make up].

“We don't really want to go down the [St] Leger route [at Doncaster in September], so we're going to go for the shorter races.”

Of Mohaafeth, Haggas added, “I think he'll go there as well. I haven't talked to connections, but that's the way we'd be thinking.”

“We'll need both hands full to take those boys on, but there you go! We'll see what happens,” he said.