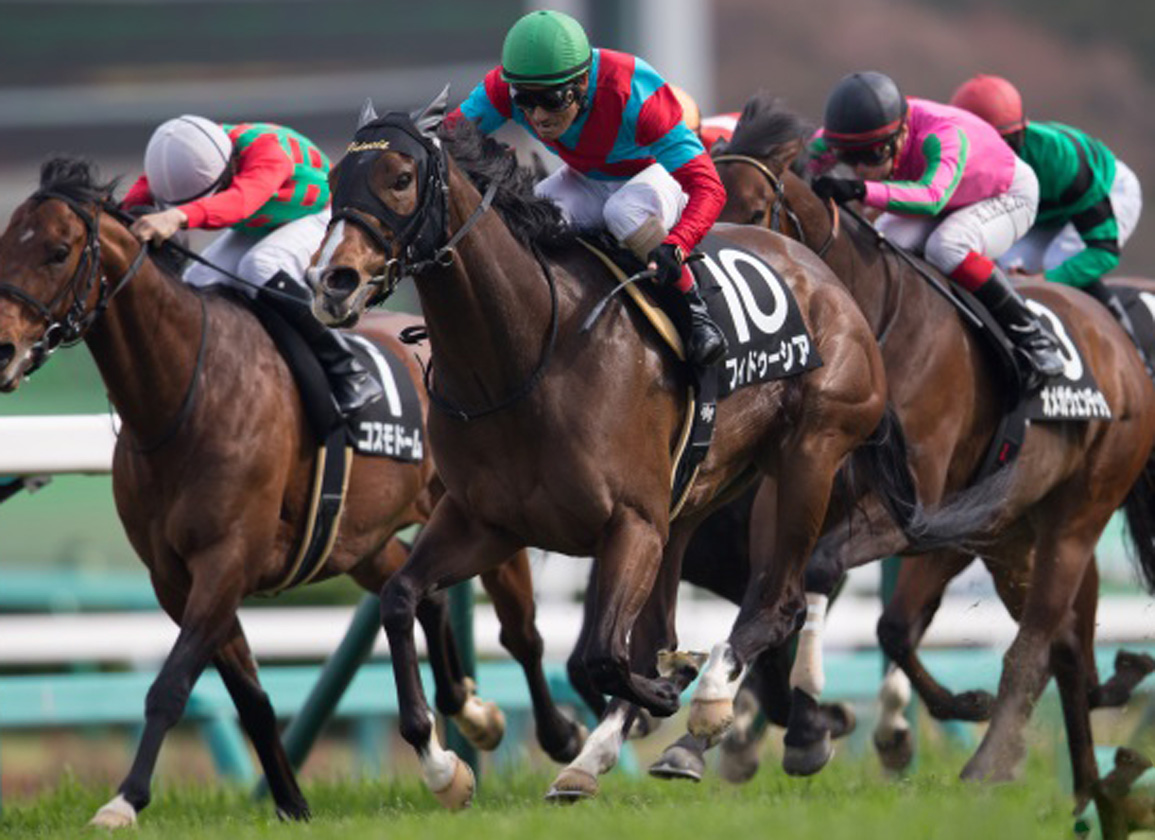 5th-Sapporo, ¥13,400,000 ($121,612), Newcomers, 2yo, 1200mT, 1:09.5, gd.
GRAN APLAUSO (c, 2, Gun Runner–Fiducia {SW & GSP-Jpn, $1,425,976}, by Medaglia d'Oro) became the fourth winner for his freshman sire (by Candy Ride {Arg}) and his first on the turf with a smooth success on career debut. Drawn widest in a field of 16, the homebred raced deep on the course, but tugged his way up into second entering the turn. Poised to strike at the quarter pole, he was roused to the front outside the 200-meter mark and kept on well to score by a measured length as the 16-5 third betting favorite. Gran Aplauso is the first foal from his dam, a listed winner and narrowly beaten in the G3 Ibis Summer Dash over five furlongs. Fiducia is a daughter of North Hills's Believe (Jpn) (Sunday Silence), Japan's champion older mare of 2003 and winner of the country's two major six-furlong sprints–the Takamatsunomiya Kinen and the Sprinters' S.–before they were recognized as international Group 1 events. Believe's other produce include MSW & MGSP multi-millionaire Faridat (Kingmambo) and GSW & G1SP Gendarme (Kitten's Joy). Third dam Great Christine (Danzig) was a half-sister to Horse of the Year Lady's Secret (Secretariat). Fiducia is the dam of a yearling colt by Uncle Mo and a filly by American Pharoah foaled Jan. 28. Gran Aplauso could be a candidate for the G3 Hakodate Nisai S. July 17. Lifetime Record : 1-1-0-0, 63,636.
O-Shinji Maeda; B-North Hills Co Limited (KY); T-Mikio Matsunaga.