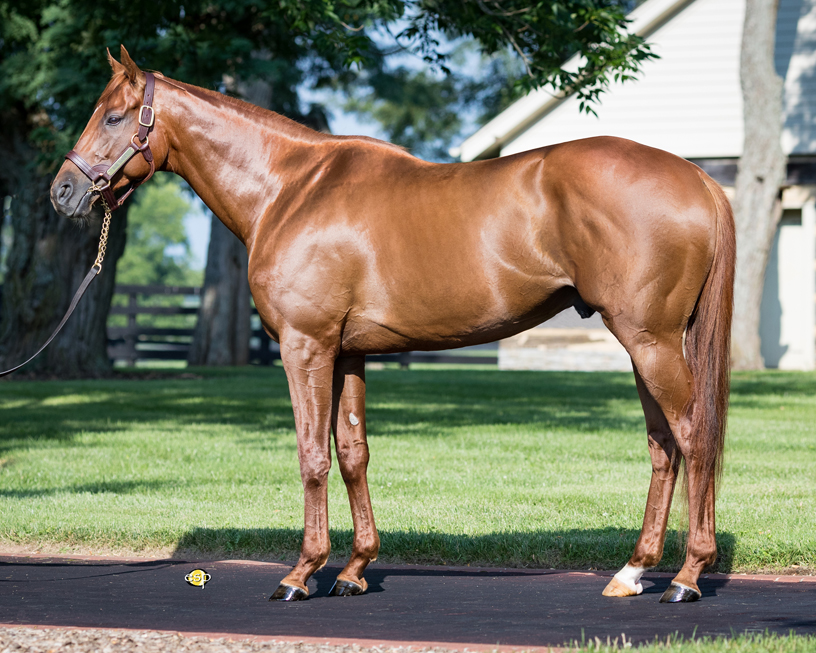 Three Chimneys' Gun Runner (Candy Ride {Arg}) set a new record for progeny earnings for a first-crop sire when his total moved past the $3.8-million mark Sunday. Coolmore's Uncle Mo held the previous record of $3,717,490, which he established in 2015. Prior to Uncle Mo, the first-crop progeny earnings record had been held by Gainesway's Tapit, who set the mark in 2008.

“Gun Runner's record start at stud is a crowning achievement for the farm and its philosophy,” said Three Chimneys' owner Goncalo Torrealba. “To surpass a record established by Uncle Mo, and Tapit previous to that, clearly compares Gun Runner favorably at this point in time with two of the most influential sires at stud today. He not only established a new progeny earnings record, but he is also the Leading Sire in America by percent Stakes Winner to runners among all sires, pretty astonishing. Three Chimneys' whole team is grateful to the breeders who continue to support him with great mares, and a special thanks to partner Ron Winchell. He has been fantastic. I am grateful for his continued commitment to breed his best mares and race their progeny. Trainer Steve Asmussen has created his legacy through Horse of the Year Gun Runner and his progeny. Thank you, Steve.”

From his first crop to race this year, Gun Runner has been represented by GI Breeders' Cup Juvenile Fillies winner and expected champion Echo Zulu, as well as GI Hopeful S. winner Gunite and graded winners Pappacap and Wicked Halo.

Echo Zulu, Gunite and Wicked Halo are all trained by Asmussen, who conditioned Gun Runner to a Horse of the Year title in 2017, and are owned or co-owned by Winchell Thoroughbreds, which, along with Three Chimneys, campaigned the stallion to six Grade I victories.