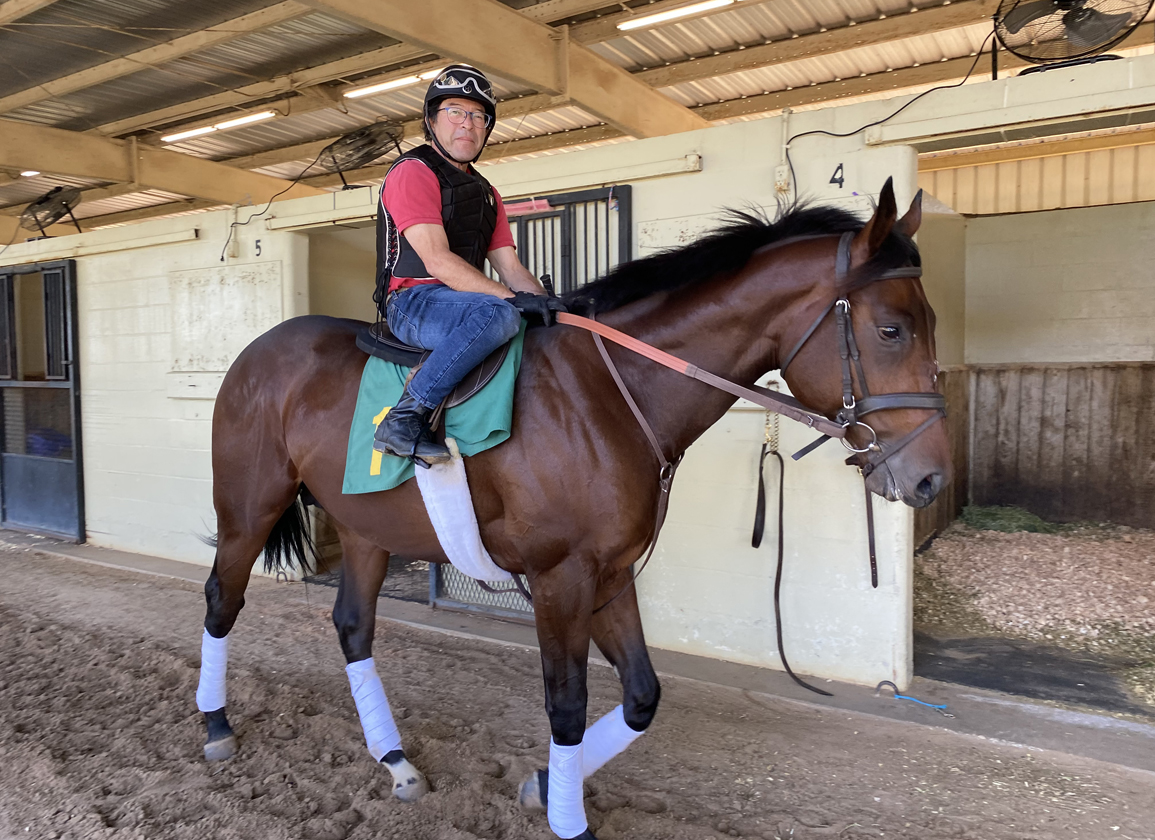 A colt by Kantharos (hip 1) will be the first horse through the ring at the Ocala Breeders' Sales Company's Spring 2-Year-Olds in Training Sale Tuesday and he will be the first pinhook for Gonzalo Guevara, who consigns the bay under his Horses Factory banner. A native of Columbia who has been based in Ocala for 11 years now, Guevara's longtime passion has been in showing jumping, but he has long dreamed of testing the pinhooking game.

“I've been involved with the show jumpers all my life, since I was eight years old,” Guevara said. “I started in Columbia and then here in the United States. I do the three stars Grand Prix here.”

Guevara has a five-acre farm in Ocala, Jumpers Factory, where he trains clients' horses for the show ring, but he also has a background with Thoroughbreds.

“I galloped horses all my life, too,” he said. “For friends, for fun, sometimes for extra money. Twenty five years ago, I galloped a lot of horses in Miami at Calder Racecourse. I worked for George Julian. He won the Tropical Park Derby [with Run Turn in 1990], but I went back to Columbia and I forgot the Thoroughbreds.”

Guevara made his first yearling purchase last fall, acquiring the Kantharos colt out of Uknowwhatimean (Indian Charlie) for $17,000 at the Keeneland September sale.

“I'm not really changing anything,” Guevara said. “I just wanted to do that one, but I am keeping my business with the jumpers because I have a lot of experience and I have my clients. But I wanted to try this.”

Guevara has been hands on with the colt ever since purchasing him last year.

“I broke him at my farm and then I brought him to Winning Oaks Farm [in Williston] with my friend,” Guevara said. “I teach him the track over there and then we went to OBS.”

Juvenile and trainer made their debut at OBS with a furlong breeze in :10 4/5 during the first session of the sale's under-tack show last Sunday.

“I trained him, I rode him, and I breezed him at OBS,” Guevara said. “It was my first time breezing, so I made a lot of mistakes. He went :10 4/5. I didn't touch him with the whip because I was just trying to stay on. The horse went on his own. We had fun.”

While the work doesn't rank close to the fastest at OBS last week, it was accomplished without blinkers and Guevara hopes potential buyers appreciate the foundation he has given the youngster.

“I trained him like an equitation horse. I used the same basics,” he explained. “If you see my horse, he has a lot of muscle because I always train him with his head down. I saw a lot of Thoroughbreds with their heads up. I used the same basics [as with the show jumpers] and it worked really well for me. The horse goes really straight and he's a very quiet horse.

Guevara continued, “He didn't do a :10 flat, but I hope the people see how solid he is. He's a really good mover.”

Asked if he planned on doing more pinhooking, Guevara said, “Oh yes, yes. I really like this business.”

The trainer sees the advantages Thoroughbred pinhooking has over the show jumpers.

“It's just an eight-month wait,” he said with a chuckle. “With the jumpers, you have to wait years. I teach young jumpers, five year olds, six and seven-year-olds. It's a lot of money and a lot of time. You make the same money with the Thoroughbred babies, but you spend eight months, not eight years.”

Guevara won't have long to wait to see how his colt is received at OBS. The youngster will be the first horse through the ring when bidding begins at 10:30 a.m. Tuesday in Ocala. The Spring sale continues through Friday.