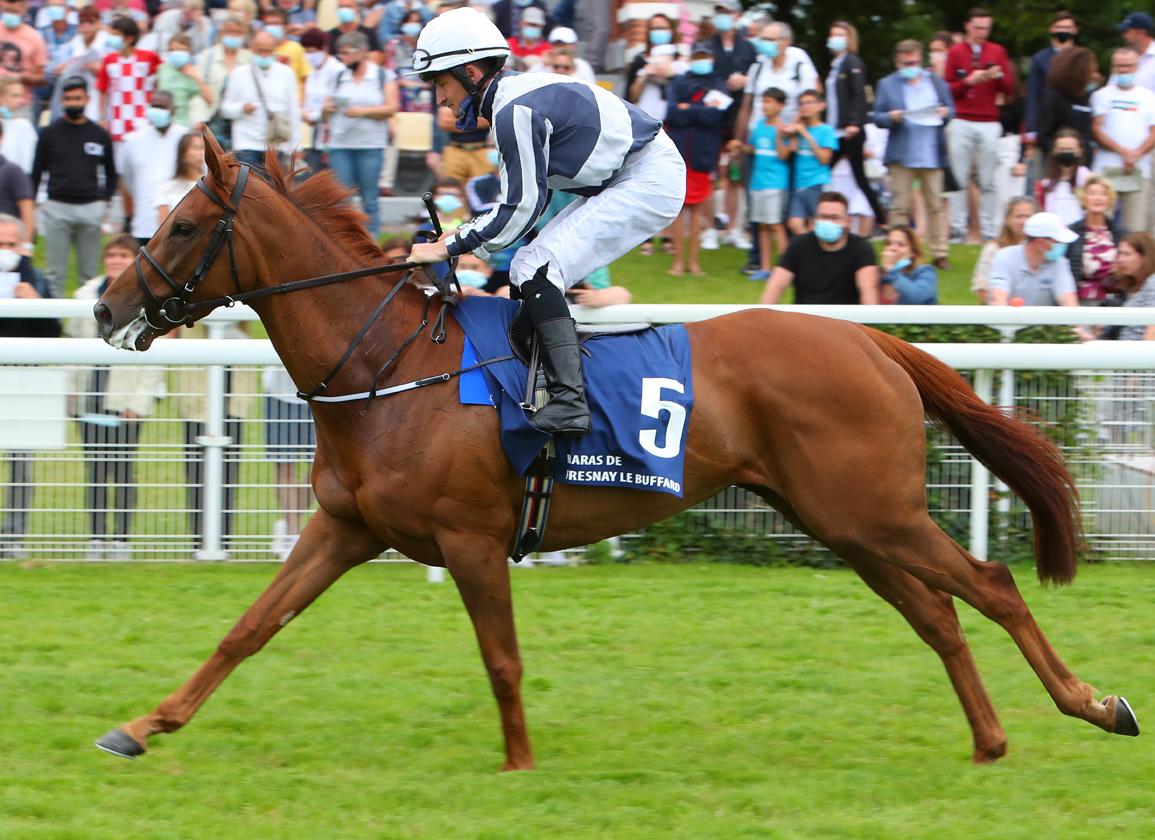 “She retires sound and hopefully she'll be a nice broodmare for us,” said Cooper.

A winner at Galway at second asking at two, the chestnut added the G2 Debutante S. next out and earned her Group 1 stripes with a 4 1/4-length win in the G1 Coronation S. last June in her first start at three. She completed her sophomore year with three seconds-in the G1 Prix de Diane last July, the Prix Jacques le Marois a month later, and in the Oct. 4 G1 Prix de l'Opera. Prior to Sunday's Marois result, Alpine Star was second in a listed affair at York on July 23. She retires with a mark of 9-3-4-1 and earnings of $734,558.

Besides Alpha Centauri, Alpine Star is a half-sister to Irish listed winner Tenth Star (Ire) (Dansili {GB}), who placed twice at the group level in Ireland and England. Their unraced dam is a daughter of dual French Classic heroine East of the Moon (Private Account), herself out of international champion, dual GI Breeders' Cup Mile heroine and bluehen producer Miesque (Nureyev).