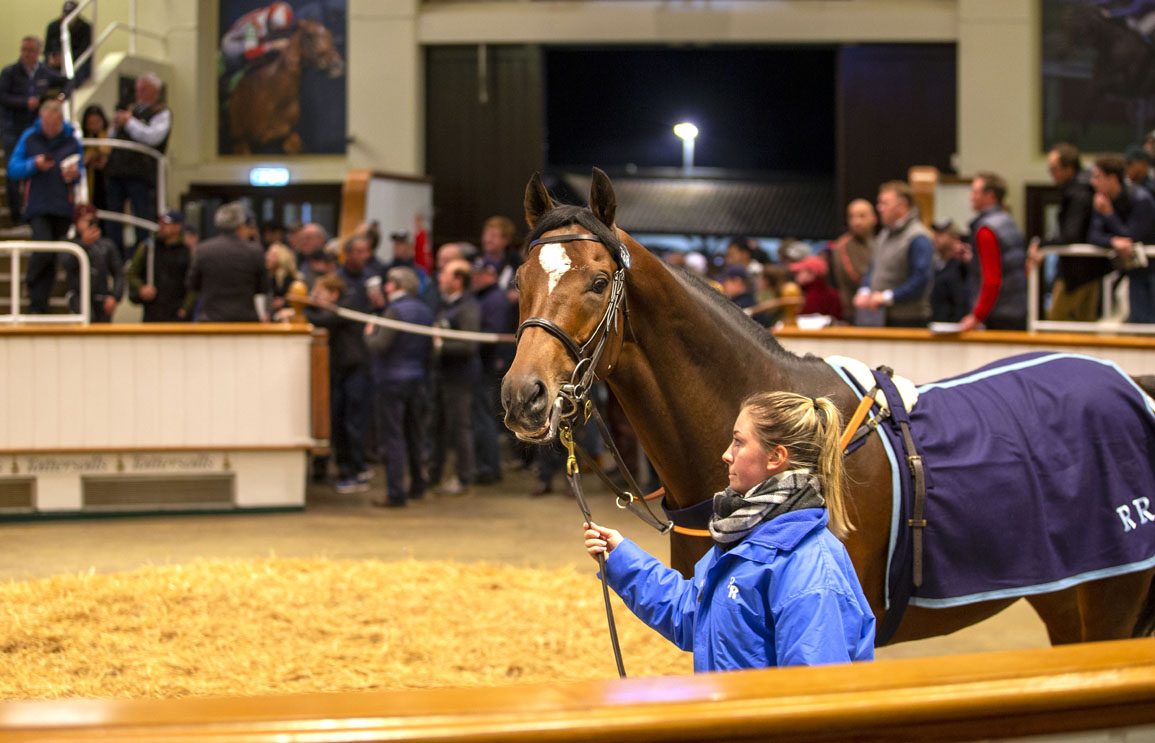 The trio is led by sale-topper and dual Group 3 winner Grocer Jack (Ger) (Oasis Dream {GB}), who was bought for 700,000gns from owner/breeder Dr Christoph Berglar.

“His second place in Group 1 company was behind Skalleti (Fr), who himself has good form behind Addeybb (Ire) last season,” said Haggas. “Grocer Jack was also third in the German Derby as a 3-year-old behind former Arc runner-up In Swoop (Ire) and this year's Arc winner Torquator Tasso (Ger), so he is clearly a high-class individual. He has settled into the way of life at Somerville Lodge very smoothly and has begun cantering as he builds up to what will hopefully be a very exciting campaign. He has possibilities all over the world and could head to Saudi Arabia or Dubai to get his season underway. He also has a host of races open to him in the UK over 10 and 12 furlongs so hopefully he can get a much deserved victory at the highest level.”

Chipotle (GB) (Havana Gold {Ire}), a consistent and classy juvenile this season for Eve Johnson Houghton with wins in the Brocklesby S. on debut, followed by listed success in the Windsor Castle S. and Redcar Two-Year-Old Trophy, has also joined the Haggas team. He could also make his first start of 2022 in his owner's home country of Saudi Arabia before targeting sprints in Europe during next summer.

Completing the set is the lightly-raced Shadwell 2-year-old Laatansa (Fr) (New Bay {GB}), who has moved from Ed Dunlop's stable having been bought for 250,000gns with a rating of 83.