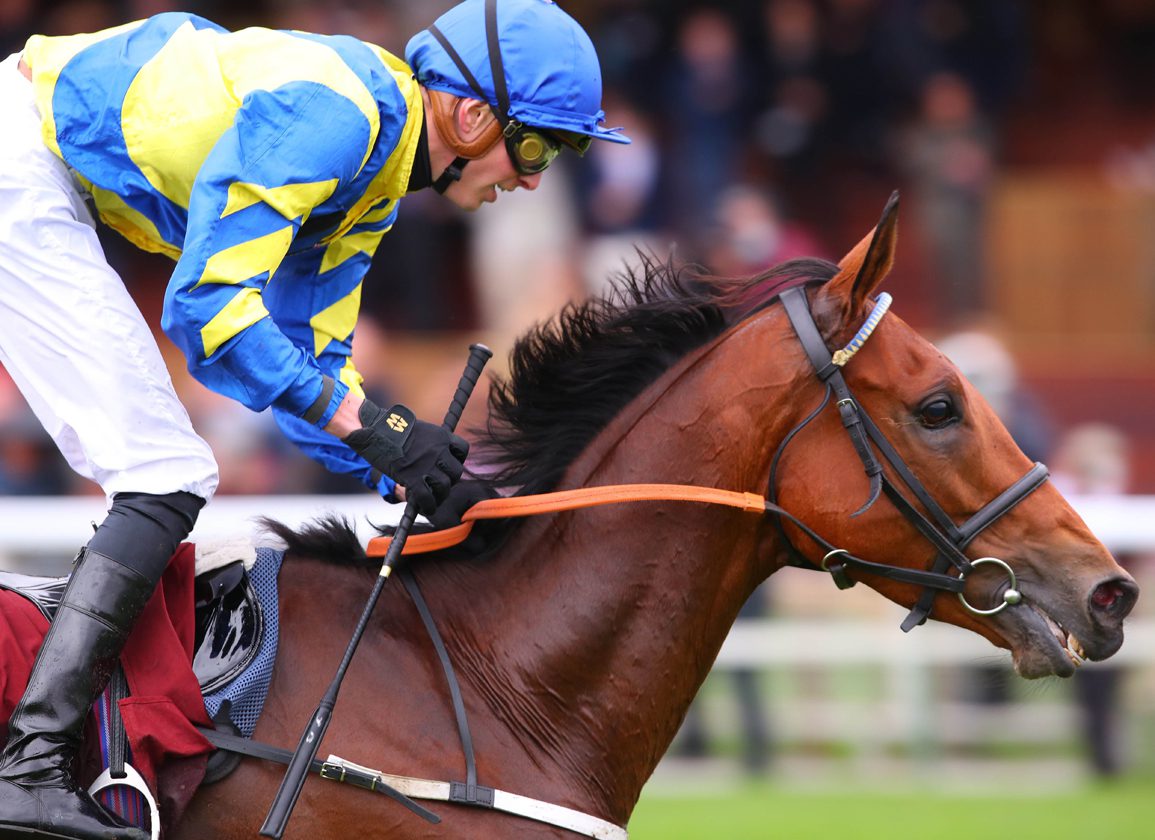 He may have been missing from Royal Ascot, but Trueshan (Fr) (Planteur {Ire}) has since reminded everybody that he belongs at the very top of the staying division and he looks set to meet Kyprios (Ire) (Galileo {Ire}) and Stradivarius (Ire) (Sea The Stars {Ire}) in his defence of the G1 Al Shaqab Goodwood Cup on Tuesday. Re-routed to Newcastle to defy a big weight in the historic Northumberland Plate June 25, last year's winner has good ground and that is slow enough for connections to take the plunge. While trainer Alan King has to walk the course, part-owner Andrew Gemmell suggested that the 6-year-old who also captured the G1 Prix du Cadran and two editions of the G2 QIPCO British Champions Long Distance Cup is good to go for a huge heavyweight tussle. “It would be nice to run and defend his title and all being well and the weather being okay, I'm sure we will,” he said. “The intention is definitely to go, it's not like Ascot when we kind of knew that it wasn't really going to happen, so I think there is every possibility he will run.”

Much has been made of the replacement by Andrea Atzeni of Frankie Dettori on Stradivarius and it is certain that the veteran will be playing a more prominent role than of late as he looks for a fifth renewal. While his draw in seven may mean that he is hemmed in again on the inside due to the quick left turn the field faces from the two-mile start, it will soon open up as they move to the right and then it will be all to play for. Whatever tactical ploy Atzeni has in his mind, Bjorn Nielsen's evergreen performer will have more exposure than usual and the answer to the question as to how much ability he retains should be provided in a race of truth. “It's a great opportunity for me and he owes us nothing, so hopefully we'll see the Stradivarius we've seen in the past,” commented Atzeni, who partnered the chestnut on his first two Goodwood Cup victories back in 2017 and 2018.

A Point To Prove With Kyprios

Whatever befell Stradivarius in the June 16 G1 Gold Cup, Kyprios seemed a worthy winner with his power-packed finish and he should be even more effective back at two miles with his closing effort at Ascot the fastest in recent history. This is a speedy stayer with the right temperament to rack up a sequence in these Cup races, much as one of his chief rival's has and Aidan O'Brien believes he is still on the up. “He is still learning and is a relaxed horse who takes everything in his stride, so we think there is more improvement to come,” he said. “He is straightforward to ride and uncomplicated. I think he is well-balanced and doesn't over-race. Goodwood is an unusual track, but he seems to be okay going left or right-handed.” Ryan Moore added on his Betfair blog, “Ignore all the talk about Stradivarius, I think my colt beat him fair and square at Royal Ascot and maybe a shade comfortably too in the final analysis. It may well be that the older horse is better than he was able to show that day, but Kyprios was very professional and determined there, showing a great attitude.”

Tuesday's action at Goodwood also features the G2 Japan Racing Association Vintage S., with no standout among the nine engaged. One of the more interesting contenders is Sheikh Ahmed Al Maktoum's July 9 Salisbury novice scorer Marbaan (GB) (Oasis Dream {GB}), a relative of Ribchester (Ire) (Iffraaj {GB}) who looks to give Charlie Fellowes something to dream about. Charlie and Mark Johnston have targeted this meeting as keenly as ever and supply two unbeaten colts in

Dear My Friend (GB) (Pivotal {GB}) and Dornoch Castle (Ire) (Gleneagles {Ire}). Charlie is looking for a fifth renewal for the stable since 1993 and he said, “I would struggle to split them, to be fair. Dornoch Castle's form is probably a touch stronger as there are a lot of horses that have come out of his races and won subsequently, but the other horse did well to win over six furlongs because it was far too sharp for him at Carlisle.”

Time For Another Pogo?

One of 2022's revelations, the May 28 G3 John Of Gaunt S. and June 25 G3 Criterion S. winner Pogo (Ire) (Zebedee {GB}), encounters a higher-class of rival in Tuesday's G2 World Pool Lennox S. but Gary and Linnet Woodward's 6-year-old seems in unstoppable form at present. “He obviously hasn't won at this level before, but he did win a Group 3 with a penalty last time and he won that one more easily than he did without it the time before,” trainer Charlie Hills said. Cheveley Park Stud's G2 Hungerford S. winner Sacred (GB) (Exceed And Excel {Aus}) looms large back at her favoured seven furlongs having run a stormer when a length fifth in the G1 Platinum Jubilee S. over six at Royal Ascot June 18.

Baaeed Meets Six In The Sussex

Following Wednesday's disappointing bulletin on Coroebus (Ire) (Dubawi {Ire}), Shadwell's Baaeed (GB) (Sea The Stars {Ire}) cuts a domineering figure in Wednesday's G1 Qatar Sussex S. at Goodwood. Charlie Appleby still has the May 15 G1 Poule d'Essai des Poulains hero Modern Games (Ire) (Dubawi {Ire}) among the seven confirmed on Monday, with the defending champion and G1 July Cup heroine Alcohol Free (Ire) (No Nay Never) and Ballydoyle's G2 Minstrel S. scorer Order Of Australia (Ire) (Australia {GB}) other key protagonists. The latter was fifth last year, but Aidan O'Brien said, “He won nicely the last day at The Curragh and is in good form. He won the same race last year before the Sussex, but then at Goodwood it was a bit soft for him. It will be better ground this year hopefully and that will suit him.”