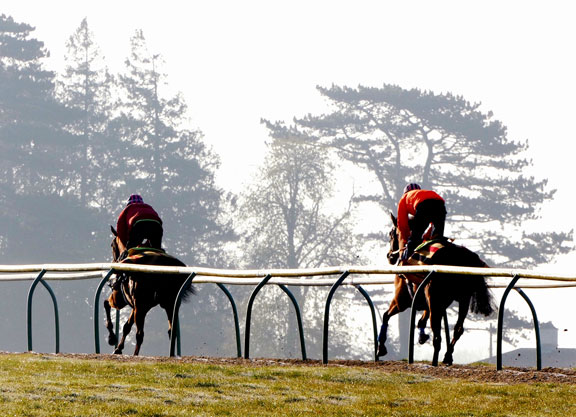 In less than a year since its inception, the Great British Bonus has reached a milestone by paying out £2-million in bonuses. In all, 112 horses have taken home 134 prizes.

GBB Operations Executive Charlotte Newton said, “GBB just isn't a one-time windfall; fillies can win cumulative bonuses and they do. Just yesterday, Martello Sky won her fourth GB Bonus for trainer Lucy Wadham. We have had a flat filly, Blackberry, who has won three times, securing £60,000 in payments and two jumps fillies, Anythingforlove and Marada, who followed her lead in becoming triple GBB bonus winners, and there are 13 other fillies who have all won twice.

“To hit the £2 million mark in less than a year is fantastic news for everyone involved in racing and breeding. The feedback from owners, trainers and breeders when they win makes you appreciate just how important the scheme is. It's influencing decisions on whether people continue to race horses as well as if–and how–they're going to breed them, and emphasises the buy and race British message.”

This story was posted in Top News Europe and tagged Great British Bonus.