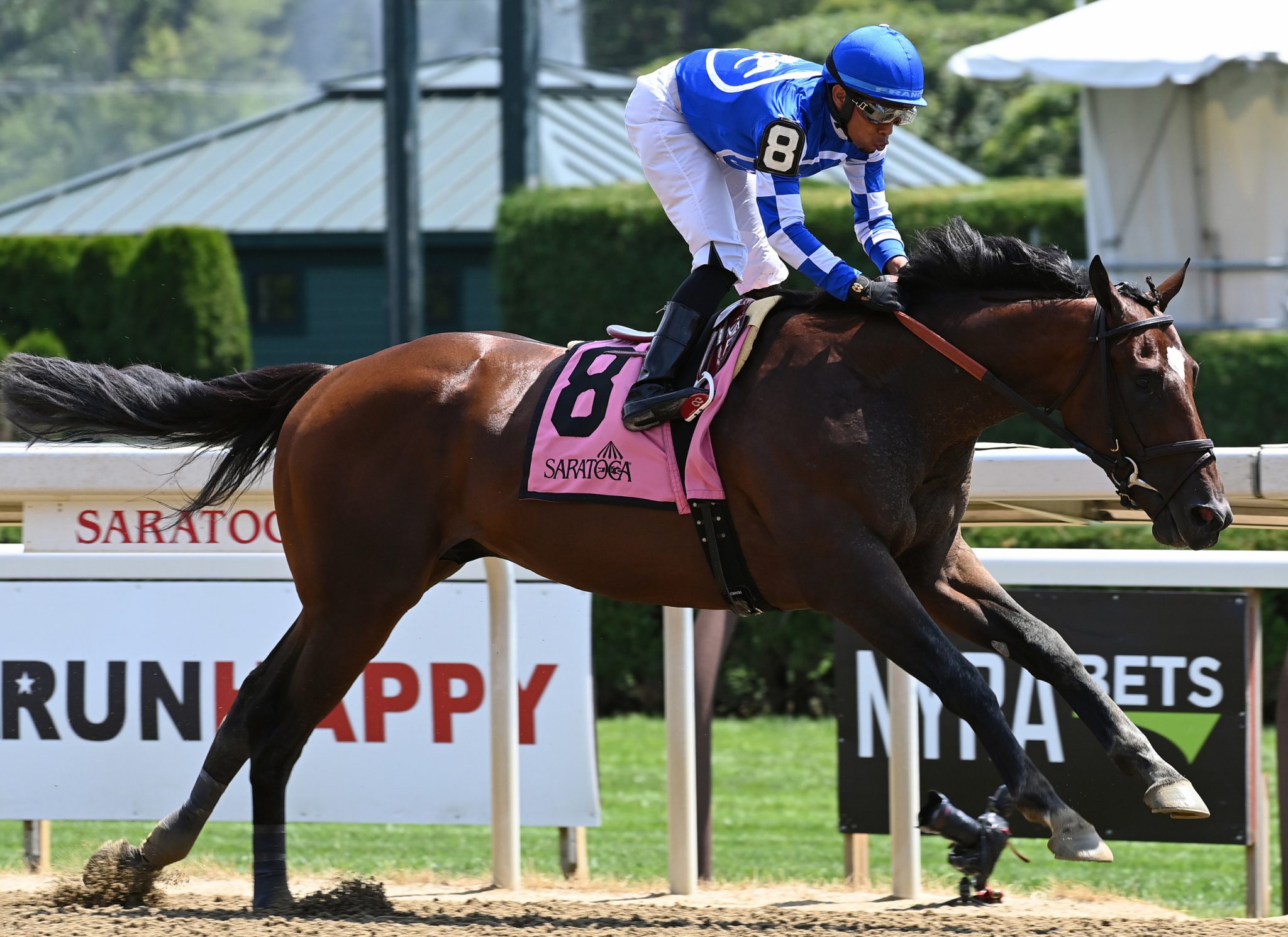 Rodeo Creek Racing's Blazing Sevens (Good Magic), representing the same red-hot trainer in Chad Brown who conditioned his champion juvenile sire (by Curlin), garnered the 'TDN Rising Star' distinction in Saratoga's Sunday opener as he stalked and pulled away from a salty-looking bunch to become Good Magic's fifth individual winner. Off at odds of 9-2 as the public seemed to struggle to find the standout, Blazing Sevens broke well from the outside, but was out-footed by a couple as Bourbon Bash (City of Light) seized a clear lead. Blazing Sevens made his three-wide move to go and confront the pacesetter into a :46.45 half, and wore down that foe past the eighth pole en route to an easy 6 1/4-length tally in 1:13.20 while galloping out like he was just getting started.

Upgrade (Flatter), a $550,000 KEESEP yearling, was third; while Kentucky invader Faithful and True (Good Magic), a fast-breezing $450,000 OBSMAR grad who ticked down to 2-1 favoritism late, rounded out the super.

Blazing Sevens is the second foal and first to race out of a half-sister to 2012 GI Jamaica H. upsetter King David (Hat Trick {Jpn}). Dam Trophy Girl (Warrior's Reward)'s pair of wins came going long on the Turfway all-weather. Trophy Girl is by the same sire who produced the dam of one of Brown's four straight graded stakes winners at Monmouth Park Saturday in GIII Monmouth Cup S. winner Highly Motivated (Into Mischief). She has a yearling filly by Constitution and a filly foal by Goldencents. The 9-year-old visited another juvenile champ in Essential Quality for 2023.