Global Views: Breaking From The Stalls As A Young Trainer 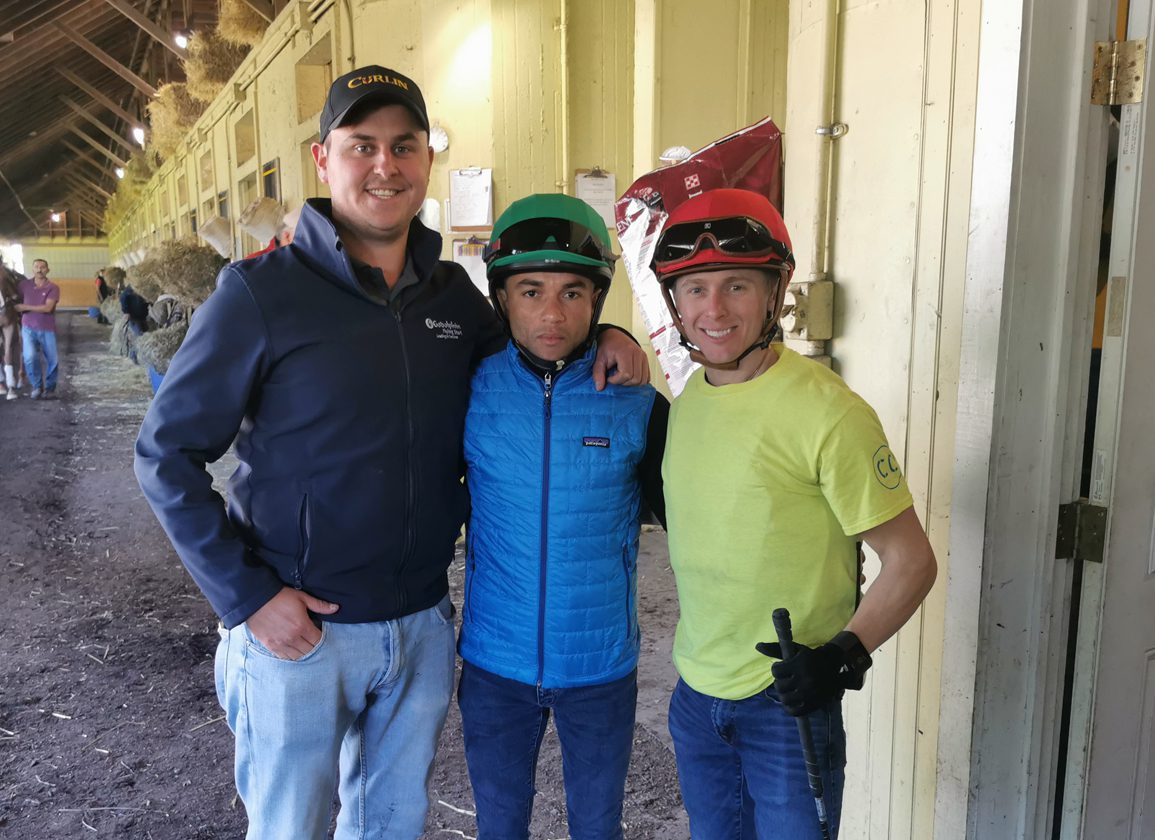 In Global Views, Godolphin Flying Start trainees provide insight into practices experienced and observations taken on their worldwide travels. Trainee Shea Connolly investigates the advantages available for a young trainer starting out Stateside and reminisces on his time spent with the Clement barn.

I have been extremely fortunate to join up with the Christophe Clement racing stable at Belmont Park for my USA externship on Godolphin Flying Start, and have thoroughly enjoyed the access permitted to our Flying Start group throughout the USA phase at training centres and racetracks. The timing of the externship has conveniently coincided with GI Preakness S. weekend at Pimlico, which allowed for a well-received pit stop. I was also able to experience the 155th running of the GI Belmont S., supported by seven other Grade Is on the day, which tops off the American Triple Crown in incredible fashion.

My career path so far has focused more on the stud farm aspect, as my jockey career was cut short due to weight struggles from the age of 11. Therefore, I am new to the racing division of the industry, and I will admit that I initially had doubts about the conglomerate of trainers that reside at racetracks around the United States. I often wondered where the competitive advantage would be obtained when all trainers share the same barns, tracks, and routines, while forage, feed, and bedding sources rarely vary throughout the barns. My doubts have faded since spending time in the system here at Belmont, affectionately known as Big Sandy. What has been the real eye-opener is the lack of barriers to entry in training horses when compared to Europe.

There is no question about the high standard of private training facilities and the quality of horses in Europe. In mid-June, the fruits of that labour were evident at Royal Ascot. However, if you were to calculate the start-up cost of a European training facility, I would imagine you would need to be seated with a shoulder to cry on. Compare that to the North American model, where a young, emerging trainer can file a stall application at the racetrack and bring a handful of horses to stable there on one condition: if you are stabled here, you race here. Renting stalls at Belmont are free, but small insurance premiums and maintenance costs are required. Straw and hay services will also regularly be delivered to the barn loft during the tranquil afternoons at Belmont Park. Stall manure and refuse skip removal is a daily occurrence by a sub-contractor. These racetrack services allow trainers to focus more capital and labour on getting their horses fit for competition, which subsequently reimburses the racetrack via the betting handle. Owners seem plentiful in the United States; yearling prices are at or near record figures. The popularity of syndicates and racing partnerships are on the rise as well.

There is also the benefit of the American racetrack community for a young, aspiring trainer, with many established trainers being approachable and generous with their advice. There seems to be a consistent influx of staff around the racetrack, on-site accommodation is heavily utilised. Staffing also differentiates in Europe, with private training facilities often not being urbanised and having to provide on-site accommodation for their employees.

The circulation of veterinarians commuting from modern clinics in the locality gives reassurance in decision-making regarding horse health, as well. In the case of logistical assistance, numerous horse trucks drop off and pick up horses at the track daily. Veterinary expertise is not alone in circulating around Belmont every day, with professional jockeys on hand to ride work in the mornings. The Clement stable has access to Joel Rosario, Jose Ortiz, Jr., Dylan Davis, and Trevor McCarthy for breezing horses, while utilising their feedback to assist with race planning.

During a bit of in-hand grazing on occasion in the afternoon, you often forget you are 20 miles from the center of Manhattan. Still, you are quickly brought back to reality when the 2-year-old you have in hand notices a Boeing 747 lowering from the sky, headed for the nearby JFK airport.

The space throughout the barns adds to the setting of the Stateside racetrack, and horses seem to enjoy the variety in routine between turnout in round sand pens and in-hand grazing after exercise. There are also many lay-up farms in New York, often utilised by trainers in Saratoga and Belmont. The Clement stable relocates to Payson Park in Florida to avoid the harsh, New York winter. Payson Park was acquired by leading owner Peter Brant in 2019, and has been extensively renovated. The 400-acre facility boasts 500 stalls and 75 turnout paddocks, and resurfaced gallops.

The nature of race meetings in the USA also differs compared to Europe regarding the duration of the meet and quantity of races. For example, the 44 race days of the Belmont Spring/Summer Meet began on Apr. 28 and conclude on July 10, with racing held Thursday-Sunday each week. The typical race day in North America averages nine races on a card, with the more significant days hosting up to 13 races. As a result, the scope for race planning is immense due to the number of races on offer for trainers. Resident Belmont trainers can also utilize a “home advantage” over the ship-in horses by paddock schooling before exercising on the main track daily. The prestigious New York-bred scheme is also targeted by trainers. For example, this incentive can add an additional $15,000 on top of the purse money won from an $80,000 allowance race. Claiming races also give trainers the opportunity to buy and sell horses while competing. This race model's broad utilisation enables new owners to enter the industry with minimal restraints. Over the 44 days of racing at Belmont in the Spring and Summer, there are 59 stakes races on the agenda worth a combined $17 million.

The curtains close on the Belmont meet on July 10, which concludes with the highly anticipated GI Belmont Oaks. I have thoroughly enjoyed my time here at Clement stable and wish them continued success for the remainder of the season.