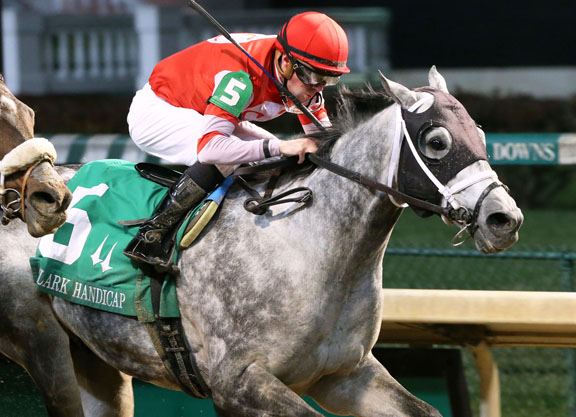 Rockridge Stud's Grade I-winning Leofric (Candy Ride {Arg}–Lady Godiva, by Unbridled's Song) was represented by his first two foals, both fillies, this week. The New York-based stallion had his finest year in 2018 when he captured the GI Clark H., the GII Hagyard Fayette S., and the GIII West Virginia Governor's S., as well as placed in the GI Woodward S.

The first of his foals to be born was a filly delivered Jan. 11 out of Jurere (Take Charge Indy) at Daydream Farm in Hamburg, Pa. She was bred by Amber Cobb.

Three days later, on Jan. 14, Escape to Malibu (Malibu Moon) foaled a filly at Rockridge. The new arrival was bred by Chad Carter.