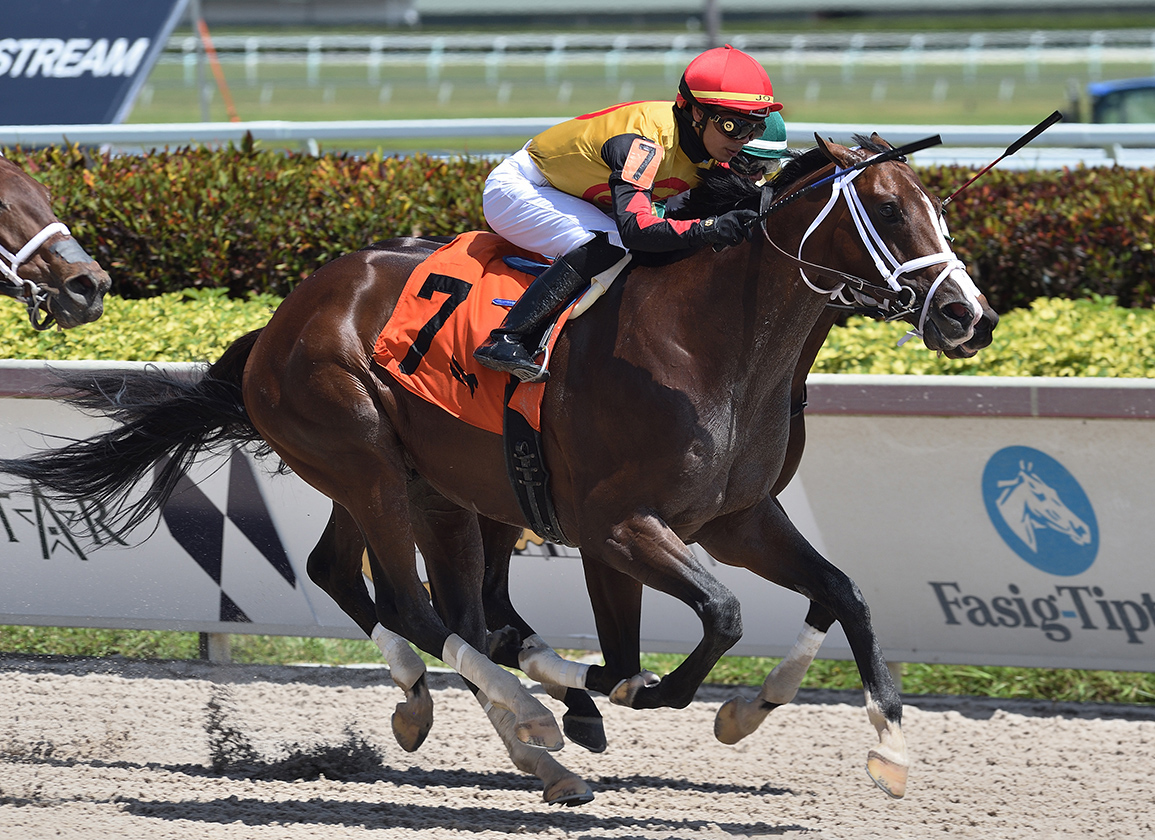 GISW Basin (Liam's Map-Appenzell, by Johannesburg) has been retired from racing and will stand at Spendthrift Farm in 2022. Standing for a fee of $7,500 S&N, the 4-year-old will participate in the farm's “Share The Upside” program.

“We are excited to add Basin to the Spendthrift stallion ranks and to be able to offer breeders a horse of his caliber through our Share The Upside program,” said Ned Toffey, Spendthrift General Manager. “We pride ourselves on being able to offer quality at all levels, and we believe there's a lot to like with this dominant Grade 1-winning 2-year-old by Liam's Map.”

The Share The Upside fee for Basin will be $8,500 for one year. Additionally, breeders must breed one mare in 2023 on a complimentary basis. After the breeder has a live foal in 2023, pays the stud fee, and breeds a mare back, he or she will earn a lifetime breeding right beginning in 2024.

Campaigned by Jackpot Farm and Steve Asmussen at two, Basin broke his maiden at Saratoga before going on to score by 6 1/2 lengths in the GI Hopeful S. in his next start. Early in his sophomore season, Basin was runner-up to Charlatan (Speightstown) in the GI Arkansas Derby, also finishing third behind Nadal (Blame) in the GII Rebel S. at Oaklawn. Turned over to Todd Pletcher later that summer, he came home second to Yaupon (Uncle Mo) in the GII Amsterdam S. at the Spa. This term, the bay won the Sir Shackleton S. at Gulfstream in March before finishing off the board in his three latest starts. He retires with three wins and three seconds from 12 starts and earnings of $573,640.