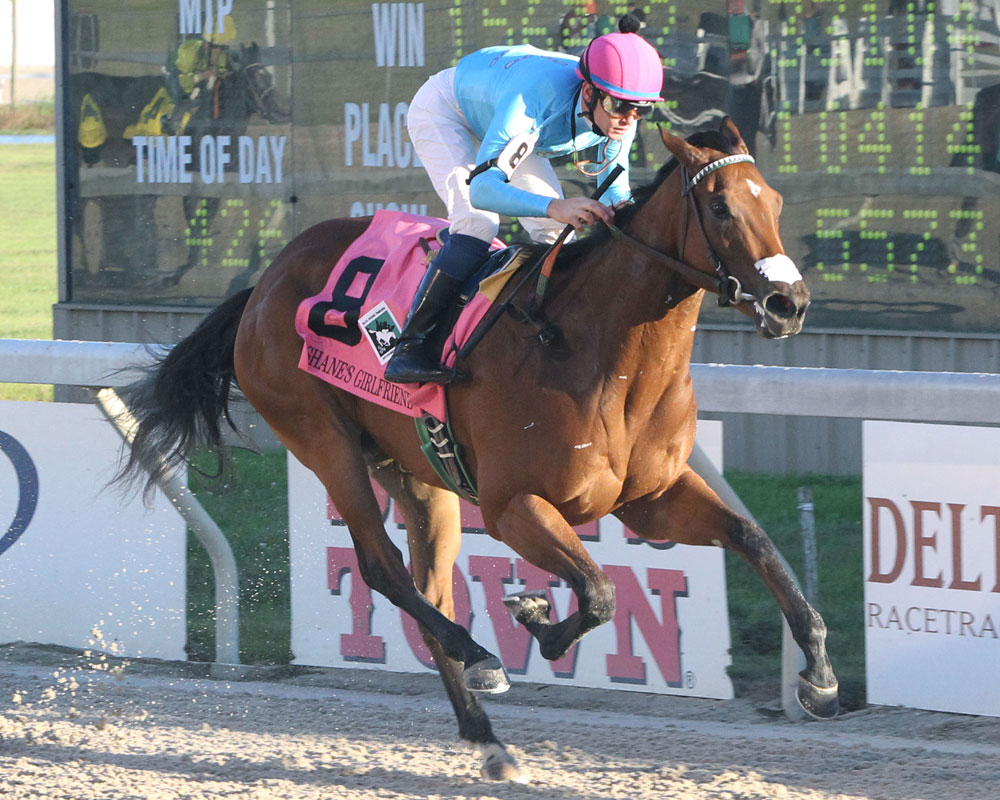 WC Racing, ERJ Racing and Dennis O'Neill's Shane's Girlfriend (Adios Charlie) looks to take her perfect record to three-for-three against a talented group of fillies at Santa Anita Sunday in the GII Santa Ynez S. Donning cap and gown by 5 3/4 lengths on debut going six panels in Arcadia Oct. 28, the bay demolished the field when shipped to Louisiana for the GIII Delta Downs Princess S. Nov. 19, powering home to a 13 1/4-length victory, and is favored to repeat in this test.

The chalk will have some competition from another lightly-raced filly who closed out 2016 with a dominant success, “TDN Rising Star” Unique Bella (Tapit). Second after a slow start and wide trip in her career bow at Santa Anita June 23, the $400,000 KEESEP buy signaled she was ready to fire a big one next out with a series of speedy drills and she delivered on that promise with a 10 1/4-length score at Del Mar Nov. 26. The Jerry Hollendorfer pupil displays another series of quick works leading up to this sophomore bow and veteran pilot Mike Smith retains the mount. Hollendorfer also saddles another impressive maiden winner in Tommy Town Thoroughbreds' It Tiz Well (Arch), who romped by 10 lengths at second asking last time at Los Alamitos Dec. 18.

“TDN Rising Star” Noted and Quoted (The Factor) is already a Grade I winner, having captured the GI Chandelier S. two starts back for Hall of Famer Bob Baffert. The gray, who romped by 9 1/2 lengths to earn her diploma at Del Mar this summer, loks to rebound here after a disappointing seventh last time in the GI Breeders' Cup Juvenile Fillies Nov. 5.