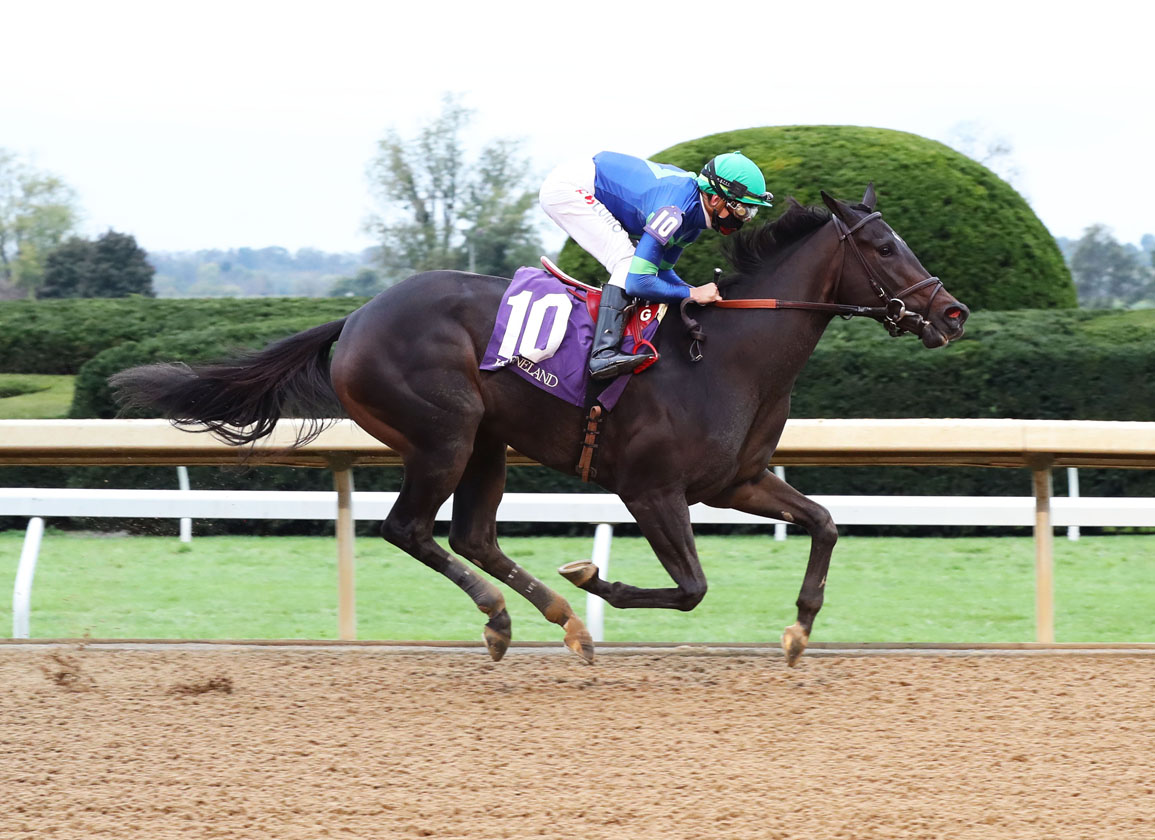 7th-Keeneland, $83,921, Msw, 10-22, 3yo/up, f/m, 6f, 1:09.85, ft, 8 1/2 lengths.
GOODNIGHT OLIVE (f, 3, Ghostzapper–Salty Strike {MGSW, $485,266}, by Smart Strike) was second as 11-5 chalk at Keeneland back at Gulfstream in March, and proved worth the wait Friday with an impressive belated maiden breaker. Backed as the 2-5 chalk facing mostly firsters and a couple who had had plenty of chances, the FTKOCT grad showed good speed to vie for early command before being taken back adeptly by Tyler Gaffalione to let the top two go at it down the backside. She ranged up again out in the clear to under very confident handling into the stretch, and poured it on when called upon to run up the score to a widening 8 1/2 lengths. Newcomer Oscarette (Firing Line) was best of the rest. The winner's dam was a MGSW sprinter/miler who was acquired by Stonestreet for $800,000 at the 2013 Keeneland January sale. Salty Strike died in 2019 after producing a Malibu Moon colt named Halfmoon who has been working of late at Churchill. Sales history: $170,000 Ylg '19 FTKOCT. Lifetime Record: 2-1-1-0, $59,400. Click for the Equibase.com chart or VIDEO, sponsored by TVG.
O-First Row Partners & Team Hanley; B-Stonestreet Thoroughbred Holdings LLC (KY); T-Chad C. Brown.